5.1 We are powering towards our 2020 target for 500 MW of community and locally owned renewables. A Scottish Government report published in April 2013, prepared by the Energy Saving Trust, shows that - as of June 2012 - there was more than 200 MW of community and locally owned renewable generating capacity across Scotland. This is an increase of 39% on the previous year, and comprises 88 MW electrical and 117 MW heat capacity.

5.2 These directly-owned schemes are already helping to bring local benefits such as savings on community heating costs. With increased scale of ambition, these schemes are starting to promise significant additional revenue to local communities.

Figure 1: Capacity of operational installations at June 2012 by ownership 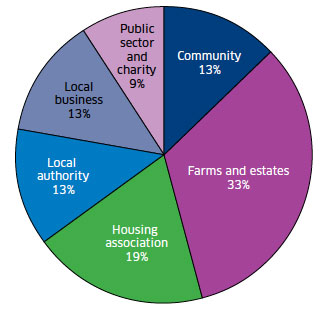 Figure 2: Estimated number and capacity of installation as at June 2012

The Community and Renewable Energy Scheme ( CARES) has been established by the Scottish Government. CARES is a one stop shop which provides support, advice and loans to community groups and rural businesses who wish to generate renewable energy or gain benefit from local commercial renewable energy schemes.

CARES loans are available to farmers and crofters, estate owners and rural businesses who want to put a renewable energy generation project on land they own or lease. Joint ventures between community groups and farmers, crofters and landowners are also eligible. There is a competitive application system. Eligible technology includes wind, hydro and anaerobic digestion.

CARES provides loans of up to £150,000 for pre-development costs, such as technical feasibility studies and environmental impact assessments. Applicants must contribute a minimum of 5% and fund any recoverable VAT. There are no loan arrangement fees and security is not required. Interest is charged at 10% per annum from drawdown on each instalment.

If the project is prevented from proceeding for an insurmountable reason, the loan drawn down to that point can be written off, subject to state aid. If the project proceeds, the developer must make an annual payment of £10,000 per MW of installed capacity to a local community organisation for 20 years. The community group will use the use funds for community development.

From August 2013, CARES has been delivered by a consortium of social enterprises led by Energy Saving Trust, under a banner of Local Energy Scotland. The consortium consists of Changeworks, the Energy Agency, SCARF and the Wise Group. Ricardo- AEA will also support delivery.

CARES has recently been recognised by the Organisation for Economic Cooperation and Development ( OECD) as an exemplar of good practice in bottom up approaches to renewable energy.

Project: The farmer secured a CARES loan to cover the pre-development costs of a planning application for one 2.3 MW turbine. The loan was used to fund environmental consultancy costs. This included a feasibility study and environmental studies to accompany the planning application document; costs of legal and financial advice were also funded by the loan. Without the CARES loan the pre-development costs would have been prohibitive and the farmer would not have pursued this option.

Farmer Benefits: Planning permission has been granted and a grid connection agreed. The project is planned to go to construction in Summer 2014. After payback the turnover resulting from the installation of the turbine will represent the single biggest chance for economic growth the farm business has.

Community Benefits: The number of livestock markets, feed companies and large animal vets has declined in the area recently due to the reduction in the number of farmers. The family are one of the last few dairy farms in the area and they hope to continue supporting the local economy and community by generating economic growth and employment.

As per the CARES loan fund terms and conditions, the family will give £10,000 per MW of installed capacity per annum. With the current layout this is estimated as £23,000 per year for the 20 years lifespan of the project to the South Lanarkshire Renewable Energy Fund.

With thanks to Andrew Stewart and Family, Marshill Farm. 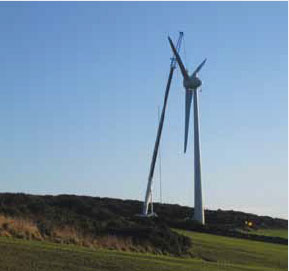