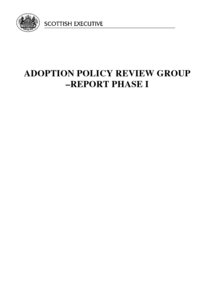 A Report on these and other issues will be made.