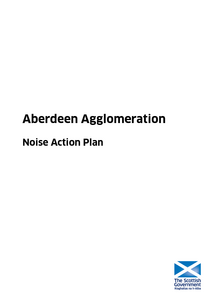 1.15 Description of the Aberdeen Agglomeration

The City of Aberdeen is situated on the North East coast of mainland Scotland, straddling the Rivers Dee and Don which run through the City. The City is the third largest in Scotland with a population of approximately 220,000: the wider City-Region has a total population of 475,770 (census 2011). Aberdeen is a university city, the centre for much employment in the surrounding region, the oil capital of Europe, emerging energy capital of Europe and a tourist destination. Aberdeen is also a centre of employment for the surrounding commuter belt, and a centre for tourists, resulting in significant transient populations of commuters and tourists throughout the year.

Aberdeen City Council's area is a mixed urban and rural environment bounded by the Green Belt. The City includes a busy commercial and domestic port/harbour in the heart of the City, one college and two universities with approximately 50,000 students in 2011/12, two major rail stations with commuter and freight links and an international airport at Dyce. Aberdeen International Airport has both domestic and international flights and has recently published a masterplan outlining a growth strategy. It is the fastest growing of all Scottish airports and the world's busiest heliport handling over 35,000 helicopters every year (the majority serving the off-shore oil and gas industry).

Car ownership in the area is high with 88,100 cars registered in Aberdeen in 2011 and a further 131,700 in Aberdeenshire (Source Scottish Transport Statistics). However, some 23% of households in the City do not have access to a car or van. Aberdeen City has approximately 936km of roads.

The most significant imminent changes to the noise climate in the Aberdeen agglomeration both now and in the future are the development of major housing developments. New planned developments across Aberdeen City and Aberdeenshire will result in an increase of 72,000 houses and 255 hectares of employment land over a 25 year period, with a target to raise the population to 480,000 across the city region by 2030. Planned infrastructure projects include the Aberdeen Western Peripheral Route, a third crossing over the River Don, improvements to the Haudagain roundabout and a ring of new Park and Choose services around the city.

Environmental noise issues are addressed through:

There are obvious links between traffic and noise pollution. At a national level legislation places a responsibility on the highway authority to provide a compensation package, normally sound insulation, to residents who are adversely affected by a newly constructed road or by significant changes to an existing road e.g. the addition of an additional carriageway. This is taken into account at the design stage.

In 2008 Aberdeen City Council adopted the Aberdeen Local Transport Strategy ( LTS) 2008-2012. This document outlines the Council's vision and aims for transport in the City and sets out a series of policies and interventions that the Council will work towards to guide the planning and improvement of the local transport network in the years leading up to the opening of the AWPR (originally anticipated in 2012). The LTS vision is of:

"A sustainable transport system that is fit for the 21st Century, accessible to all, supports a vibrant economy and minimises the impact on our environment"

A series of more detailed objectives, linked to specific targets sit beneath these aims.

The Council is in the process of refreshing the LTS for 2014-2018 to bring it up to date and to reflect the revised timescale for the AWPR. No significant changes are expected in the document; the main outcome will continue to be a reduction in traffic volumes in the City (especially single occupancy vehicle trips) and the promotion of alternative, quieter modes of transport, particularly cycling and walking. This should contribute to improving noise levels at sites throughout the City.

The 2008 RTS sets out the challenges facing Aberdeen City and Shire to 2021 and how these will be addressed. It is a strategic document which includes a comprehensive appraisal of the problems and issues affecting transport in the north east and sets out the vision and objectives for the period to 2021. A Delivery Plan was published to accompany the strategy.

Local development plans include policies that either directly or indirectly impact on Environmental Noise, for example:

A full description of the Local Development and Structure Plans and associated Policies, LTS and RTS can be found on the Aberdeen City Council and Aberdeenshire Council websites www.aberdeencity.gov.uk and www.aberdeenshire.gov.uk.

Air quality is monitored both nationally and locally. All local authorities in Scotland are required to regularly review and assess air quality in their areas against objectives for a number of air pollutants of particular concern for human health. If any objective is unlikely to be achieved by the due date, the authority concerned must declare an Air Quality Management Area ( AQMA) and produce an Action Plan outlining how it intends to tackle the issues identified.

In Aberdeen there are 3 air quality management areas: the City Centre, Anderson Drive/Haudagain roundabout/Aumchill Road corridor and Wellington Road. The air quality problem in Aberdeen is predominantly a result of emissions from road vehicles (causing around 90% of all NO2 emissions within the City Centre) and this is reflected in the locations of the AQMAs. An Air Quality Action Plan ( AQAP) covering the 3 AQMAs was adopted in 2011 recommending a wide range of initiatives to address the air quality problem. These focus on promoting sustainable transport in the city by reducing the need to travel, reducing existing emissions from vehicles, increasing awareness of air quality issues and improving traffic management and infrastructure measures including a feasibility study of a Low Emissions Zone.