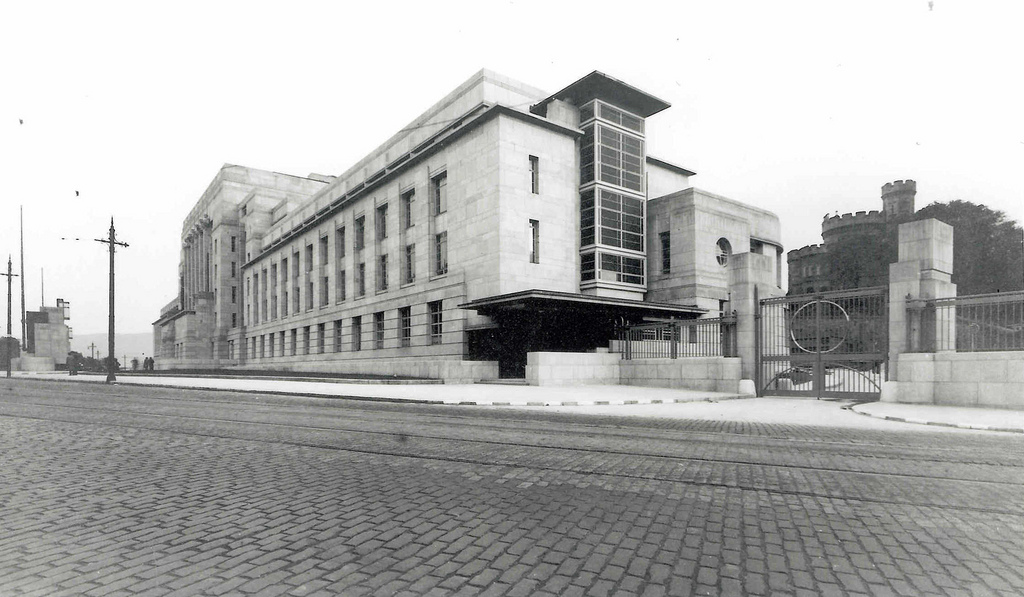 From the outset, life could not have been busier for the civil servants working at St Andrew's House.

They were at their desks in the new building on Monday September 4 - less than 24 hours after war had been declared. The official opening ceremony by the King and Queen planned for the following week was cancelled.

Most came by trams which stopped directly outside or by train to Waverley via the Edinburgh suburban and other lines.

Art Deco's marriage with Auld Reekie wasn't supposed be under the cloud of soot and grime which quickly blackened St Andrew's House. There had been plans to electrify the main line by 1940 but this was to take another 50 years.

The civil service had long been preparing for months for the inevitable. Princes Street Gardens were dug up to create air raid shelters. Large swathes of Scotland were also being excavated to make way for airfields, defences and the emergency hospitals to cater for anticipated casualties.

St Andrew's House was the focus of this unprecedented activity. It hosted the first meetings of the new Council of State and of Scottish MPs convened by Secretary of State Tom Johnston.

Large numbers of government files from previous decades were destroyed by staff to prevent a major conflagration in the event of an incendiary bomb attack. Dover House, the Scottish Office building in London, was abandoned for the duration because of bomb damage to adjoining properties.

Many watched one of the first dogfights across the Forth on October 16 1939 but compared to other British cities, Edinburgh largely escaped air attack during the war. More ominously, all the windows rattled at an Edinburgh civil service concert party in 1941 when bombers roared over to annihilate Clydebank.

The sheer scale of the work planned and co-ordinated by Scottish civil servants in St Andrew's House was unprecedented. Their efforts produced Johnston's greatest legacy - the North of Scotland Hydro-Electric Board which brought prosperity to the Highlands and clean power for the whole of Britain.

He had seen the benefits the Niagara hydro project had brought on a visit to Canada in 1927. This was rolled out on a much larger scale in the Tennessee Valley, a pivotal part of the US Government's New Deal Programme to create jobs and electricity to power America out of recession.

Transatlantic transfer of ideas went both ways. The Frontier Nursing Service in Kentucky was modelled on the Highlands and Islands Medical Service. A Rockefeller-funded trip to Toronto inspired Elsie Stephenson's vision of university nursing studies at Edinburgh and Falkirk-born Tommy Douglas used the new NHS to fashion the comprehensive health care model for Saskatchewan and later the whole of Canada.

In later life Johnston toured America, addressing large crowds of Scottish descendants to encourage them to visit the old country.