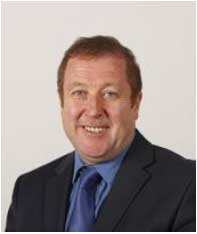 The report contains a variety of statistical detail on request handling in 2017 as well as allowing for comparison with data contained in reports from previous years.

As will be seen, 2017 saw unprecedented levels of information requests being made to the Scottish Government and its agencies. In total, 3,050 requests were received during the year – a 45% increase on the number received in 2016.

As we have previously acknowledged, our performance at the start of 2017 was not at the level we would expect in complying with our statutory obligations under FOISA. As reported in the 2016 annual report, the Scottish Information Commissioner began an independent assessment of our performance against a set of targets in early 2017. This has involved providing monthly reports on our performance to the Commissioner.

As part of this assessment process, the agreed target for responding to requests and reviews on time in 2017 was 85%.  I am pleased to report that performance in 2017 improved significantly from that in 2016.  In 2017 we responded to 83% of requests and 67% of reviews within the statutory 20 day deadline.  While it is disappointing that we fell short of the Commissioner’s targets, there were encouraging signs of progress, with the target being exceeded in 6 of the 9 months during which we reported to the Commissioner.

Throughout 2017 we sought to improve performance through a range of measures intended to ensure organisational awareness of the obligations imposed by FOISA and in seeking to promote good practice and proactive publication wherever possible.

I am pleased to note that in 2017 information was released in full or in part in response to the vast majority of information requests. In addition, the number of appeals remains low with a decision being sought from the Commissioner in 36 cases.

As part of demonstrating our commitment both to improved performance and wider openness and transparency objectives, our monthly performance statistics are now published on the Scottish Government website. From July 2017 we have published the information released in response to information requests, along with the substance of the response letters.

Towards the end of 2017 the Commissioner wrote to the Scottish Government outlining his intention to undertake a second, more broadly focussed, intervention. Information on this process is available on the Commissioner’s website.

Following consultation in late 2016 and early 2017 on the principle of bringing registered social landlords within the scope of FOISA, we began action to deliver that extension.

In October 2017, we published our second biennial report on the exercise of the section 5 order-making power. It principally considered the extension of FOISA, in September 2016, to contractors who run private prisons, providers of secure accommodation for children, grant-aided schools, independent special schools and Scottish Health Innovations Ltd. It also summarised the consultation process in relation to the proposed extension of FOISA to registered social landlords.

While 2017 brought a number of challenges for the Scottish Government in handling information requests, it also marked the beginning of a wide range of work to improve matters in order to ensure that the Scottish Government continues to deliver on its aspiration of being the most open and accessible government the people of Scotland have ever had.