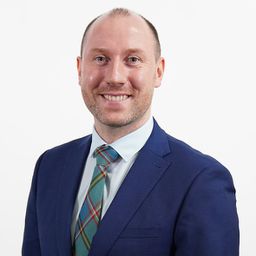 Neil Gray was appointed Minister for Culture, Europe and International Development in January 2022. Neil was given responsibility for the Scottish Government’s approach to supporting Ukrainian refugees arriving and living in Scotland in March 2022.

Supports the Cabinet Secretary for the Constitution, External Affairs and Culture.

Neil Gray was born and brought up in Orkney and was educated at Kirkwall Grammar School. He graduated from the University of Stirling in 2008 with a first-class Bachelor of Arts Honours degree in politics and journalism.

He was elected to represent Airdrie and Shotts Constituency at the 2021 Scottish Parliament election.

He had previously won the Airdrie and Shotts Westminster seat in 2015 and held it on two subsequent occasions before resigning to stand for the same area in the 2021 Scottish Parliament election. Prior to becoming an MP, Mr Gray worked for former Scottish Government Health Secretary Alex Neil MSP as his Airdrie and Shotts constituency office manager.