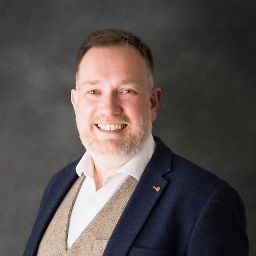 The Chief Statistician is responsible for the following:

The Chief Statistician works in consultation with the Registrar General for Scotland and the Director of the Information Services Divisions of NHS National Services Scotland who are responsible for the statistical work of their organisations.

The Chief Statistician functions as the statistics Head of Profession for Scottish Government directorates; with overall responsibility for the following:

In fulfilling the role as Head of Profession,  the Chief Statistician works closely with Senior Statisticians who work in the Analytical Services Divisions of Scottish Government Directorates

He joined the civil service in 2013 from Police Scotland, where he had worked as an analyst and Performance Manager in the former Central Scotland constabulary.

A graduate of University of Stirling, he has worked in various roles across government, most recently in agricultural statistics. He also led the Scottish Index of Multiple Deprivation (2016) which won several awards, including the Royal Statistical Society’s ‘Communicating Official Statistics’ and the Civil Service ‘Use of Analysis in Policy Making’ awards in 2017.