It did so against the background of an increasingly uncertain outlook for human rights, both at home and abroad. There are very real threats to many of the most fundamental protections we take for granted in Scotland, and to the principles of equality, dignity and social justice which underpin modern civilised societies.

The UN examination formed part of a rolling programme of scrutiny known as the Universal Periodic Review. It generated 227 targeted recommendations, requiring action by the UK in areas ranging from gender-based violence to the impact of Brexit.

Many of those recommendations have direct relevance for Scotland. Some of them cover areas where Scottish institutions are already taking practical action to give further and better effect to internationally-recognised human rights. Others arise out of well-documented concerns around UK Government policies. All of them challenge us to ask whether we are doing everything we reasonably can to meet our human rights commitments and deliver the right outcomes.

Our response builds on and supplements the Scottish position statement which I published in April, ahead of the Geneva examination. [1] That statement described the positive actions we are taking - as Scotland’s national government - to respect, protect and implement human rights for everyone in our society.

The hard work we are all doing – not just in government but across wider society - to make human rights meaningful and real at a practical, everyday level will, I hope, be clear from this response to the UN recommendations. That work is central to our vision for a Scotland that is prosperous and inclusive and meets its global responsibilities.

In our 2017-18 Programme for Government we reiterated our proactive commitment to human rights and made clear that equality, dignity and respect must be at the heart of everything we do.

Our programme emphasises the need for Scotland to demonstrate leadership by advancing and promoting, rather than merely defending, existing human rights standards.

Integral to that work is the recognition that human rights, equality and the shared objectives established by the Sustainable Development Goals [2] need to shape all of our actions.

In Scotland we are in the process of embedding all three elements at the centre of our refreshed National Performance Framework [3] – demonstrating that in Scotland we understand how the practical action we take domestically is part of a much larger global effort to deliver for people, planet and prosperity. Ours is indeed A Nation with Ambition.

To make sure that continues to be the case, and to enable us to seize every opportunity to make progress, we are establishing an expert advisory group to lead a participatory process and make recommendations on how Scotland can continue to lead by example in human rights.

We are also fully alert to the threat posed by regressive proposals which risk undermining existing human rights protections. Foremost amongst these is the damage which UK withdrawal from the European Union threatens to inflict, by removing the guarantees which underpin some of our most important fundamental rights. Nor should we forget that UK Government plans to repeal the Human Rights Act have merely been postponed, not abandoned. The prospect of the UK pulling out of the European Convention on Human Rights remains a clear and present danger.

But our most important ambitions are progressive, not defensive. This response sets out how the Scottish Government intends to make substantive progress in areas highlighted by the Universal Periodic Review. We are committed to reporting on that progress ahead of the next formal examination in 2022.

Our response also recognises that a single session in Geneva cannot cover all of the civil and political, economic, social, cultural and environmental rights that underpin our lives. It therefore looks beyond the Universal Periodic Review to include outputs from other UN monitoring processes.

The need for positive action to tackle poverty and homelessness, to close the attainment gap and deliver greater social justice all feature prominently. We are creating a Scottish social security system which embeds human rights in its core principles. We are taking forward our existing human rights and equality action plans – to ensure Scotland gives proper effect to the rights of children and of disabled people, and to carry forward our work to promote true gender equality and tackle all forms of discrimination.

Human rights touch on every aspect of our lives and for that reason they necessarily underpin every action of this government, and every part of Scottish society.

This report records the progress which both the Scottish Government and Scotland as a nation have already achieved in putting human rights firmly at the heart of everything we do.

It serves also to signpost the actions which we, collectively, have yet to take. That challenge is one which this Government intends to meet in full. 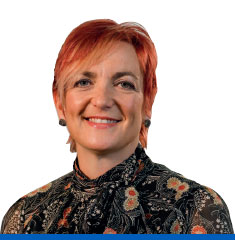 Protecting And Promoting Human Rights In Scotland
List of abbreviations