“It is by building access to all human rights that society becomes stronger and more able to resist unpredictable shocks.”
UN High Commissioner for Human Rights Michelle Bachelet

In December 2018, the Scottish Government published its response to recommendations made by the United Nations Human Rights Council following the third Universal Periodic Review (UPR) of the UK’s human rights record.

The Equalities and Human Rights Committee’s own remit was extended to include human rights following the 2016 Scottish elections. That was an important innovation, which built on the Parliament’s long-standing commitment to both equality and human rights. The Committee subsequently initiated an inquiry into the role played by the Scottish Parliament in ensuring the full implementation of international human rights standards in Scotland. Through taking evidence from Scottish Government Ministers and officials, as well as from national human rights institutions and civil society organisations, I gained new insights into the UPR process.

Now, as the Scottish Minister with overall responsibility for embedding human rights at the heart of everything we do as a government, I am delighted to have the opportunity to further develop that work. That means asking myself, and my ministerial colleagues, the same questions I posed to Ministers appearing before me in Committee. And it means being open and self-critical in our answers.

Just as the role of Parliament is to scrutinise and to ensure accountability, the function of government is to ensure that internationally-recognised human rights have meaningful, everyday impact, as part and parcel of people’s daily lives. This report is one contribution to ensuring that our record in doing so is transparent, accessible and accountable.

I note – in line with best practice – the UK Government has also voluntarily updated the UN Human Rights Council on activity covered by the five thematic areas. I am pleased to see the work we are doing in Scotland reflected so positively in that report.

The Scottish Government not only recognises but welcomes our responsibility to contribute to state party reports and to account at international level for devolved functions in Scotland. This update is a challenge and an opportunity. As Scotland’s Minister for human rights, I understand the importance of regularly reviewing progress in order to make sure we are on course to deliver meaningful change. I hope that the UK Government will do the same.

But there are also practical limits to the extent a UK-wide document (covering not just Scotland, England, Wales and Northern Ireland, but also the Crown Dependency and Overseas Territories) can do justice to the detail of Scotland’s work on human rights. It is important that we continue to explicitly and publicly account for progress in Scotland, and it is in that spirit that I present this position statement as an update covering the five themes addressed by the UK report.

It is heartening, in particular, to be able to describe the meaningful action we are taking in Scotland to tackle racial discrimination; to combat violence against women and human trafficking; and to ensure access to justice for all. Those are goals which inform a common purpose across the international community.

At the same time, as the UK prepares to leave the European Union and in the face of continuing uncertainty over the future of the Human Rights Act, it remains disappointing that the Scottish Government must once again highlight our grave concern at the persistent threat to the framework of existing human rights protections in the UK. I therefore want to reiterate that we will use the full extent of our powers to defend the safeguards currently in place, including those provided by European Union law.

That is also one reason why the Scottish Government established the First Minister’s Advisory Group on Human Rights Leadership and has announced it will incorporate the principles of the UN Convention on the Rights of the Child (UNCRC) into domestic law. Whatever the outcome of Brexit, Scotland intends to do all it can to uphold and implement the human rights duties and obligations we enjoy as a result of the international human rights framework.

The issues addressed in our report are crucial to ensuring that some of the most vulnerable people in society are able to fully enjoy the human rights to which they are entitled. Of course, they represent only a selection of the 227 recommendations made by the Human Rights Council. The mid-term review of UPR, which will take place in 2019, provides a more comprehensive opportunity to review overall progress in Scotland across the full range of UPR recommendations.

I look forward to being able to report positively later in 2019 on our further achievements as we continue our work to ensure Scotland is truly a place where every member of society is able to live a life of human dignity. 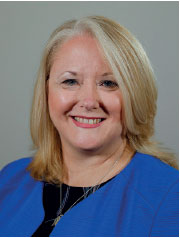