"[our] effort is guided by our commitment to human rights. Dignity and equality are human rights principles. So are empowerment and partnership. That's why we are determined to put human rights at the heart of our policy-making."

Human rights belong to all of us. They underpin every aspect of our daily lives - safeguarding individuals and empowering communities across the whole of Scottish society. They reflect and implement the national vision we share, of a Scotland where everyone is able to live with human dignity.

Human rights also shape the world around us. Scotland is a successful and progressive nation. We have a duty to demonstrate leadership and to speak out for human rights - to set standards, and to ensure that we measure up to the standards we ask others to meet.

Human rights are integral to the Scottish Government's work across every ministerial portfolio. Ours is an ambitious programme of action designed to tackle inequality, deliver social justice, and build a fairer, more inclusive Scotland.

I am therefore pleased to present this position statement as our contribution to the third Universal Periodic Review ( UPR) of the United Kingdom's record on human rights.

This statement sets out the work the Scottish Government has undertaken to implement and uphold our international human rights obligations since Scotland last participated in the UPR in 2012.

Our record of achievement covers a great deal of ground - from advancing gender equality to improving conditions in places of detention; from combating human trafficking to raising educational attainment; from protecting children's rights to promoting fair work.

It reflects the full spectrum of internationally-recognised human rights - civil, political, economic, social and cultural. It is a record that has been further underpinned over the last year by our Fairer Scotland Action Plan , Scotland's Race Equality Framework and, most recently, by our UN Convention on the Rights of Persons with Disabilities ( UNCRPD) delivery plan, A Fairer Scotland for Disabled People .

The Scottish Government embraces both the UPR and the examinations conducted under individual human rights treaties. We do so not only as an opportunity to present Scotland's successes to the world, but also as a process through which we can benefit from informed recommendations and commentary.

We recognise the responsibility we have as Scotland's national government to challenge ourselves, to strive to go further and to achieve more. We do not have a monopoly on wisdom, and Scotland has never been a nation that is too proud to learn from the success of others.

"We can build a better society, based on respecting rights, recognising dignity and encouraging and, crucially, enabling each other's potential."

Underpinning all of the initiatives and actions set out in this statement is our commitment to defending the vitally-important legislation which protects human rights in Scotland and in the UK - including both the Human Rights Act ( HRA) 1998 and the constitutional protections built into the Scotland Act 1998.

While UK Ministers have called into question these fundamental safeguards, and cast doubt on the UK's long-term commitment to the European Convention on Human Rights ( ECHR), the Scottish Government has been unequivocal in standing up for human rights. And while the UK Government seeks to deconstruct the benefits we enjoy as a member of the European Union, and the rights secured by the EU Charter of Fundamental Rights, the people of Scotland remain convinced of the case for EU membership.

The Scottish Parliament decided on 28 March 2017 that there should now be a second referendum on Scottish independence. That decision reflects Scotland's tradition of popular sovereignty. It is rooted also in our commitment to human rights, democracy and the rule of law. The people of Scotland are entitled to determine the form of government most suited to their needs, to shape their own future and to freely pursue their economic, social and cultural development.

Human rights will be central to the forthcoming independence and Brexit debates. The ultimate standard against which the actions of all governments must be judged is the extent to which they act conscientiously to uphold human dignity and secure human rights. That standard is embedded in Scotland's core values. Whatever else may change, it is a standard we remain determined to meet.

The Scottish Government welcomes scrutiny of its human rights record, both domestically and internationally. We undertake to respond positively and constructively to the recommendations which emerge from the UN Human Rights Council on 4 May, and to take forward our commitment to embed human rights at the heart of everything that we do. 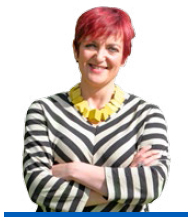