Torture is one of the most abhorrent and acute violations of human dignity and of international human rights law.

In Scotland, the use of torture by the state has been illegal for more than 300 years. International law has also come to regard torture as a crime which can never be justified or excused, in any circumstances. Even states which have yet to ratify the international treaties which prohibit torture are in practice banned from using or permitting treatment or methods which amount to torture.

The international prohibition of torture is therefore universal. And in a world where human rights remain at risk it continues to be a very necessary safeguard.

But our obligation in Scotland, in common with all civilised nations, goes well beyond the prohibition and prevention of the most abhorrent forms of human rights abuse. We have a duty, both at home and abroad, to take action and to speak out against all violations of internationally recognised human rights.

That is why compliance with the full suite of obligations set out in the UN Convention Against Torture and Other Cruel, Inhuman or Degrading Treatment or Punishment is so important. We are justifiably proud that the worst examples of human rights violations, such as torture, have been eradicated in Scotland. But we must simultaneously be on our guard in ensuring that no-one in our society suffers or is subjected to any form of mistreatment, cruelty or abuse.

As Scotland’s Cabinet Secretary for Justice, I therefore welcome the forthcoming examination of Scotland’s performance in meeting our obligations under the Convention.

Full and effective compliance with international human rights standards requires leadership, commitment and rigorous domestic vigilance. It requires a recognition that all human rights are inherent attributes of human dignity, and that human dignity itself must be treated as inviolable.

Fyodor Dostoevsky once wrote: “The degree of civilisation in a society can be judged by entering its prisons.” On that measure, Scotland scores highly. In the 2017-18 Annual Report, Her Majesty’s Chief Inspector of Prisons for Scotland, praised the generally stable and secure environment which Scotland’s prisons provide. But the report also warns that we cannot, and should not, take such high quality provision for granted. That is advice which the Scottish Government takes to heart.

Of course, the relevance of the Convention extends well beyond the condition of Scotland’s prisons. It applies equally to other places of detention, including police stations, secure accommodation for children and young people, care homes, immigration detention centres – indeed any place where a person might be deprived of their liberty.

We are therefore fortunate in Scotland to have strong compliance mechanisms and highly effective public institutions across all of these areas of state responsibility.

Crucially, these systems and structures include not just the public bodies charged with delivering core services – effective policing, independent courts, a humane prison service, a world-leading approach to youth justice, a person-centred health and social care system. They also ensure that Scotland has strong and effective watchdog and scrutiny bodies, which serve to further embed practical safeguards within our national approach to human rights compliance.

More generally, the Convention challenges us to ensure that human rights are at the heart of public policy, and of day-to-day delivery, in areas as diverse as access to justice, violence against women and girls, human trafficking, hate crime, treatment of asylum seekers, physical punishment of children and the minimum age of criminal responsibility. All of these are topical areas where Scotland is striving to “make rights real” for people across the whole of Scottish society.

I was delighted in October 2018 to welcome a delegation from the Council of Europe Committee for the Prevention of Torture to Scotland, as part of its essential work in monitoring the treatment of people deprived of their liberty. The Scottish Government places great value on the contribution that independent expertise and international best practice make to the way we give effect to human rights in Scotland.

For the same reason, I look forward to informing the UN Committee Against Torture of the efforts, outlined in this position statement, which Scotland is currently making to ensure we are fully compliant with the requirements of the UN Convention. And, as with the inspection undertaken by the Council of Europe Committee, the concluding observations which will result from the UN examination will provide Scotland with an invaluable, independent, external assessment of performance.

As we continue our work, across government and with partners throughout Scottish society, I am committed as Cabinet Secretary for Justice to ensuring that no-one is left behind in our pursuit of a Scotland where every member of society is able to live with human dignity and can enjoy their rights in full. That is an ambition which I share with all of my ministerial colleagues, across the whole of government.

I therefore have great pleasure in publishing this position statement, and trust that it will be of assistance not just to the Committee but to everyone – both in Scotland and further afield – who shares a common interest in ensuring that human rights are respected, protected and fulfilled, and that human dignity is rigorously upheld. 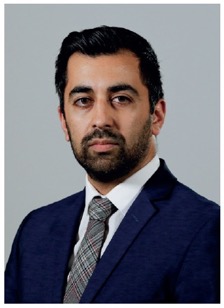