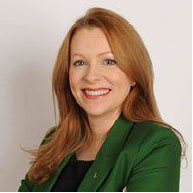 The Civil Litigation (Expenses and Group Proceedings) (Scotland) Act 2018 received Royal Assent on 5 June 2018. The Act represents the final stage in reforms of the Civil Justice system in Scotland recommended by the Scottish Civil Courts Review headed by Lord Gill, which reported in 2009, and the Review of Expenses and Funding of Civil Litigation in Scotland carried out by Sheriff Principal James Taylor, which reported in 2013.

The civil court system in Scotland has been undergoing a period of comprehensive change. Over the last few years we have undertaken a significant programme of reform, the combined effect of which is reinvigorating the whole civil justice system in Scotland. Implementation of the Courts Reform (Scotland) Act 2014 has produced a system where, through the appropriate streaming of cases and appeals to the right courts, cases are dealt with swiftly and efficiently, and delays minimised.

However, even if the court system is more efficient, that will not fully support access to justice if people are unable to exercise their legal rights because they fear that they will not be able to afford to pay their own lawyer, or they fear potential bankruptcy as a result of the expenses that they may be liable to pay to the defender if a personal injury case is lost.

The principal policy objective of the 2018 Act is to increase access to justice by creating a more accessible, affordable and equitable civil justice system. The Scottish Government aims to make the costs of court action more predictable, increase the funding options for pursuers of civil actions, and introduce a greater level of equality to the funding relationship between pursuers and defenders in personal injury actions.

Part 1 of the 2018 Act relates to success fee agreements which will be the main method of extending funding options to potential litigants. For personal injury claimants these will be simple to understand “no win no fee” agreements. This consultation relates to the detailed regulation of such agreements, including the appropriate caps on success fees to make the costs of litigation more predictable.