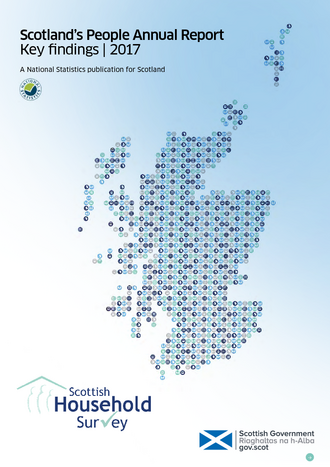 How households have been managing financially

Over half of households (56%) reported they managed well or very well financially in 2017, an increase of 14 percentage points since 1999.

During the same period, the proportion of households who didn’t manage well fell by 6 percentage points.

Single parent and single adult households were most likely to report they were not managing well financially.

Households in more deprived areas are much less likely to say they are managing well financially, and the gap between the 20 per cent most and least deprived areas has not changed much over time.