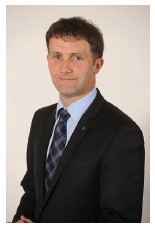 Every suicide is a tragedy that has a far reaching impact on family, friends and the community long after a person has died.

This paper sets out the Scottish Government's work to reduce suicide from now until the end of 2016. It focuses on key areas of work that we believe will continue the downward trend in suicides in Scotland that we have seen over the past 10 years. We want this strategy to deliver better outcomes to people who are suicidal and who come to services, to their families and carers, to those not in contact with services, and to improve our knowledge of what works in this field.

The strategy marks another milestone in the progressive story of suicide prevention in Scotland. It continues the trend in previous strategies to focus on where the evidence leads. It echoes key messages - learned from practice and research - that suicide is preventable, that it is everyone's business and that collaborative working is key to successful suicide prevention.

National leadership by the Scottish Government on reducing suicide - supported by NHS Health Scotland - together with the retention of local Choose Life coordinators, will provide support and direction for national and local work.

We acknowledge that there is a broader focus of activities not directly related to suicide prevention but which, if taken forward effectively, contributes to reducing the overall rate of suicide.[1] Activities within this broader focus include building resilience and mental and emotional wellbeing in schools and in the general population; work to reduce inequality, discrimination and stigma; the promotion of good early years services; and work to eradicate poverty. All of this work is undertaken in a context of being vigilant about improving mental health, about supporting people who experience mental illness - and about preventing suicide.

We know that many people who die by suicide have a history of self-harm, but that the relationship between suicide and self-harm is complex; for that reason we have limited the scope of this document to suicide and suicidal self-harm, with our first commitment being to undertake separate work, in 2014, on supporting people at risk of non-fatal self-harm, including those in distress.

I take this opportunity to thank not only the members of both the Working and Reference groups for their generous and invaluable contributions to the drafting of this strategy but also to all those whose work in suicide prevention over the past 10 years has yielded such positive progress. This strategy reflects a changing landscape but we still need commitment and energy to implement this strategy and continue making progress.