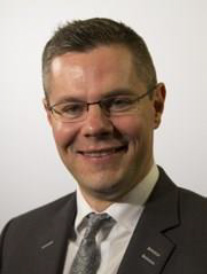 This report demonstrates the considerable progress made over the past year in operationalising the Fiscal Framework and implementing the wide range of new powers devolved to the Scottish Parliament.

The 2018-19 Budget process led to a fundamental change in income tax in Scotland. From next year there will be a new, fairer and more progressive income tax system. The Scottish Parliament has voted for a 5-band income tax schedule, including the introduction of two new rates: a Starter Rate and an Intermediate Rate. As a result of these changes, as well as the increase in the Personal Allowance, 70% of Scottish taxpayers will pay less income tax next year. These reforms are forecast to raise an additional £219 million to help support our vital public services and help to mitigate the effects of UK Government Budget cuts. The Scottish Government has also continued to engage constructively with HMRC to deliver the Scottish income tax powers.

2017 was the first year of the Scottish Fiscal Commission operating as a statutory independent body, with responsibility going forward for forecasting the economy, tax revenue and expenditure on devolved social security payments, and I am grateful for its hard work to support the Budget process.

Preparations are also underway to ensure the smooth transition of social security and employability powers and the creation of the new social security agency. The Scottish Government is committed to using these powers to create a Scottish social security system based on dignity, fairness and respect which will help to support those who need it, when they need it. Our top priority is to ensure the safe and secure transition of the 11 social security payments for the 1.4 million people who rely on them, and the Social Security (Scotland) Bill was introduced to the Scottish Parliament on 20 June 2017. Furthermore, from April 2018, Fair Start Scotland will also support at least 38,000 disabled people or those at risk of long term unemployment over the course of three years of referrals up to March 2021.

Implementing the new powers is a major challenge and I am grateful for the Scottish Parliament for its continued scrutiny of this process. Programme arrangements are in place across the different areas to plan and monitor delivery, including costs, to ensure a smooth and efficient transition for the people of Scotland.