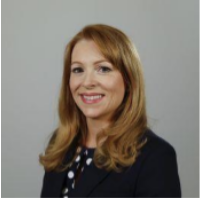 In April 2017 the former Minister for Community Safety and Legal Affairs, Annabelle Ewing, invited Esther Roberton, Chair of NHS 24, to Chair an Independent Review of Legal Services Regulation in Scotland. This was a commitment by the Scottish Government in response to a case for change made by the Law Society of Scotland and others.

Over the following 18 months Esther Roberton, supported by a Review panel made up of legal, consumer and regulation professionals and academics, engaged with a wide-range of stakeholders, including members of the legal profession, regulatory and representative bodies, the third sector and the public, before presenting her report and recommendations to Scottish Ministers. The Chair's Report, 'Fit for the Future: report of the independent review of legal services regulation in Scotland', considered: the public and consumer interest; the interests of the professions and providers; and the interests of the Scottish economy. The Report makes 40 recommendations aimed at reforming and modernising the existing legal services regulatory framework, to provide a proportionate approach to regulation whilst supporting growth and competitive provision within the legal services sector, and placing consumer interests at its heart.

In making these recommendations, the report was clear that Scotland is home to a well-educated and well respected legal profession with a high degree of public trust.

In considering this Report I have met with a number of stakeholders, each with a keen interest in the Report and its recommendations. One area where there is broad agreement is around the need to make improvements to the current framework for complaints and redress in respect of legal services. I believe reform is required to ensure consumers and legal professionals alike are treated fairly in an efficient and transparent system. It is apparent to me however that overall there is little consensus on the extent to which wider reform is required, and how the structure of the complaints and redress process should be administered and formed.

With this in mind the Scottish Government is working with the Law Society of Scotland, the Faculty of Advocates and the Scottish Legal Complaints Commission to attempt to identify improvements to the complaints process that may be made in the interim.

Views are much more polarised in respect of the primary recommendation of the Report, to establish an independent body, responsible for the regulation of all legal professionals in Scotland, and the implications this may have on the existing landscape.

I am clear that any new system of regulation should incorporate the competitive provision of legal services, the public and consumer interest; and the promotion of a flourishing legal sector in Scotland; whilst encompassing the Rule of Law. The Scottish Government will seek to build consensus, where possible, on the way forward prior to deciding on a course of action.

In the long term, the Report provides us with an opportunity to develop a new statutory framework for a modern, forward-looking legal service regulatory system for Scotland. I will issue a public consultation that will inform the design of that new framework, and the extent of its reform subject to the responses, with a view to introducing a legal services Bill to Parliament to bring about necessary changes to primary legislation.

I would like to record my thanks to Esther Roberton for her Report. Her achievement was aided by a strong Review panel which both informed and challenged her, as well as the many stakeholders who met with and wrote to the Review.

This paper sets out the Scottish Government's response to Fit for the Future – Report of the Independent Review of Legal Services Regulation in Scotland and confirms our commitment to a modern and effective framework of legal services regulation.