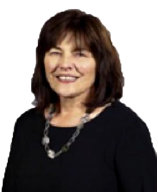 Universal Credit remains reserved to the UK Government but our priority is to use the flexibilities available to us in Sections 29 and 30 of the Scotland Act 2016 to make sure that where we can, its delivery is better suited to the needs of the people in Scotland.

We specifically consulted on the two priority flexibilities of more frequent payments of Universal Credit (twice monthly) and managed payments to social and private sector landlords.

There are also two other flexibilities. First, the power to vary the amount of housing costs paid to people in receipt of Universal Credit and we are working with the Department for Work and Pensions to establish a way by which we can abolish bedroom tax at source. Second, there was strong support, from respondents to the social security consultation, to split payments between members of a household. We have already begun to take this work forward with womens' groups, disability and carer organisations and, following discussion with the Department for Work and Pensions, we will make an announcement on how and when split payments can best be delivered as soon as we can.

We received 100 responses to our consultation on the draft Universal Credit regulations, and the majority (87%) thought that the regulations met their policy intent. We have made a number of changes to the regulations based on respondents' views and these are set out in this Government response.

However, many of the comments we received were outside the remit of this consultation, and indeed, the powers available to the Scottish Government through the Scotland Act 2016.

One of the most frequently raised issues was the 6 week wait for the first payment of Universal Credit. It is clear from the consultation, and what I have heard directly from people in receipt of benefits, local authorities and landlords, that the roll out of full service Universal Credit is causing unacceptable levels of anxiety, hardship and rent arrears. That is why the Cabinet Secretary for Communities, Social Security and Equalities wrote to Damian Green, then Secretary of State for Work and Pensions on 21 March 2017 calling for a halt to the roll out of Universal Credit full service in Scotland until these problems are fully resolved by the UK Government. The UK Government has stated that it has no intention of halting the roll out but we will continue to press our case on behalf of all those adversely affected by the lengthy 6 week wait for the first payment.

This document sets our response to the consultation. It sets out the revisions we have made to the Universal Credit regulations to take on board the views of respondents, and how we will work with the Department for Work and Pensions to ensure that our UC flexibilities are delivered in a way that meets our social security principles of dignity, respect and fairness. On 29 June 2017 we laid the Universal Credit (Claims and Payments) (Scotland) Regulations 2017 in the Scottish Parliament, to come into force on 4 October 2017.