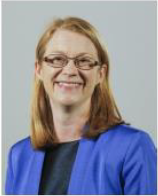 Implementing the work of Social Security Scotland is a significant undertaking. Once the agency is in steady state operations it will be making regular payments to some 1.4 million citizens in Scotland, with a value in excess of £3 billion per year.

While all of the work carried out by Social Security Scotland will be underpinned with the ethos of treating people with fairness, dignity and respect at all times, unfortunately, it is to be expected that some attempts will be made to defraud the Scottish social security system.

We have consulted on proposals for how investigations of potential fraudulent activity would be carried out and the additional information gathering powers that Social Security Scotland would need to undertake investigations.

While I am pleased that most of the questions in the consultation received, on average, predominantly supportive responses, I recognise that a number of stakeholders raised issues of concern that the Scottish Government is giving careful consideration to.

In this document, we provide a response to the main views expressed during the consultation process, outline where the draft Code of Practice will be amended as a result of the feedback received and highlight the areas within the draft Investigation of Offences Regulations that are being reviewed.

Finally, I would like to place on record my gratitude to all who participated in the consultation exercise for both the concerns highlighted and the broad level of support for the Regulations and draft Code of Practice where offered.