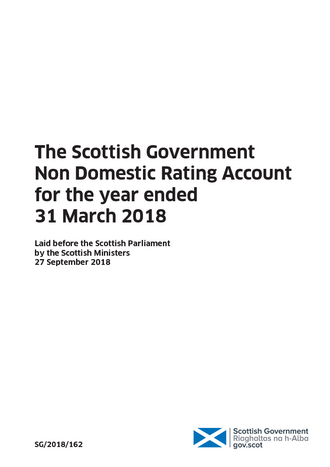 Direction by the Scottish Ministers

1. The Scottish Ministers, in pursuance of paragraph 6(1) of Schedule 12 to the Local Government Finance Act 1992, hereby give the following direction.

3. The account shall properly present the receipts and payments for the financial year and balances at the financial year-end, and shall be drawn up in such a form as will enable the information described in the attached schedule to be separately identified.

4. The Scottish Ministers shall send copies of the account to the Auditor General for Scotland as soon as possible after the end of the financial year, and in any case not later than 30 September in each year

5. This direction shall be reproduced as an appendix to the statement of accounts. The direction given on 23 November 2001 is hereby revoked.

Signed by the authority of the Scottish Ministers