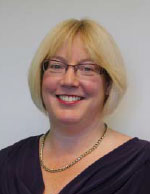 I am pleased to introduce these accounts, which are an important part of the reporting on the stewardship of the whole Scottish Budget approved by the Scottish Parliament.

The Principal Accountable Officer's responsibility is to produce accounts; decisions on spending priorities are taken by Scottish Ministers in accordance with their objectives and priorities. The accounts present the financial outturn compared to the spending plans of Scottish Ministers for financial year 2015-16 authorised by Budget Act and revisions and demonstrate the Scottish Government's track record of robust financial management.

The activities of the Scottish Government link to Scotland Performs, a real-time tool which measures and reports on progress of government in Scotland against the wide range of indicators set out in the National Performance Framework (NPF).

In the context of constitutional change and increasing fiscal responsibility devolved to Scotland, budgets in 2015-16 included, for the first time, forecasts of tax receipts alongside spending plans. We have therefore enhanced our reporting against those budgets with additional reporting in relation to taxes - a separate account of the Devolved Taxes published by Revenue Scotland - linked to the related reporting in the Scottish Consolidated Fund Account and additional explanatory material in these accounts.

The Scottish Government is committed to maintaining the highest standards of financial reporting and currently meets all requirements to produce accruals-based accounts to International Financial Reporting Standards. I am delighted that the Auditor General's opinion on these accounts is once again unqualified.