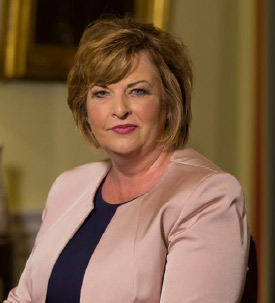 Migration is crucial to the development of Scotland as an inclusive, fair, prosperous, innovative country ready and willing to embrace the future. It is essential to our economic prospects and our demographic sustainability that Scotland continues to attract the level and nature of migration it needs. Migration is not just about economic prosperity. It has helped to shape Scotland – just as people born in Scotland have helped to shape nations across the world so people migrating to Scotland have shaped and changed our own country. People from overseas who come to Scotland to live, to study or work, or to raise their families are our friends and neighbours. They strengthen our society and we welcome them.

This paper is our contribution to a crucial discussion that we need to have about migration and the impact it has in Scotland. It raises issues and looks at options to explore how powers over migration could be devolved to the Scottish Parliament. There are distinct needs in Scotland in relation to our population and our demographic sustainability, the skills and positive economic impact people who come to Scotland have, as well as the cultural and community benefits that migration can play an important role in supporting.

Powers over immigration are reserved to the UK Government under the Scotland Act 1998. [1] In the first years of the new Scottish Parliament that did not stop a cross‑party consensus emerging that because the migration needs of Scotland were distinct from those of the rest of the UK, the policy solutions for Scotland should be distinct as well. This difference led to the Scottish Executive of the time working to introduce Fresh Talent, a post-study work visa scheme that allowed international students to stay in Scotland after they had completed their studies in order to seek work and make a contribution to Scotland's economy.

However the UK government ended the post-study work visa in 2012 as part of a series of changes to the immigration system intended to limit abuse and create a "hostile environment" for illegal migrants. In the time since, we have also seen claims made about the impact of migration that are not supported by the evidence.

The Scottish Government has always been clear that our fellow citizens of the European Union who have chosen to live and work here are welcome – that this is their home and we want them to stay. The First Minister reiterated that position on the first morning after the EU referendum, and that remains our strong position. We have been clear as well that we want Scotland to continue to benefit from free movement of people – which is not just an immigration system, but a set of reciprocal rights that British citizens now stand to lose – and have set out how we would seek to achieve that in both of our reports on Scotland's Place in Europe.

As we start the Year of Young People, it is worth reflecting that those valuable rights we enjoy to live, work and study across Europe are now at risk of being taken away from Scotland's young people through a process in which few of them had any say. The prospect of the UK leaving the EU and any restriction on freedom of movement makes a tailored solution for Scotland even more important. The consensus that saw Fresh Talent introduced also exists to see it reintroduced, as reflected in the report of the Smith Commission and the cross-party work that took place to try to deliver that. The Scottish Government wants to build on this consensus to discuss the application of UK migration policy in Scotland and new powers for the Scottish Parliament on migration.

That is why it is vital we have this debate now. As this paper shows, Scotland's needs are different from the rest of the UK. UK government policy is not meeting those needs. The case for new powers for the Scottish Parliament on migration is clear. This paper sets out options for a future migration system which would reflect Scotland's needs and will form the basis of discussion with employers, trade unions, academics, politicians and the public. We are committed to a migration system which meets all of Scotland's needs and will seek to work positively with the UK Government, with partners across Scotland and the rest of the UK to deliver that aspiration.