Foreword by the Cabinet Secretary for Justice

Our vision is for a safe, just and resilient Scotland. In July 2017, the Scottish Government and justice bodies published Justice in Scotland: Vision and Priorities [1] which highlights key challenges for the immediate and longer-term and sets out seven priorities for 2017-2020 to help shape our collective effort, inspire collaboration and frame a shared vision for the future. Leaving the European Union ( EU) was one such challenge identified and its potential effects are complex and far-reaching.

Scotland is a separate legal jurisdiction with its own legal and judicial system, criminal laws and law enforcement agencies. The Lord Advocate is head of the system of investigation and prosecution of crime in Scotland – a function exercised independently of Government. Criminal justice policy is, generally speaking, a matter for the Scottish Government. Our justice system as a whole, and the work of the independent professionals who sustain it, underpin a safe and fair Scotland. That will continue - and our justice system will continue to help to protect the public from harm - whatever the emerging challenges, crimes and threats.

The impact of the UK's decision to leave the EU has the potential to reduce our capabilities and in coming years will have repercussions on how, in Scotland, we deliver justice and safeguard the public. Over the past 40 years, EU law has become woven into the fabric of our law. We are part of a legal regime which underpins the mutual trust and confidence which promotes co-operation between the criminal justice agencies of the Member States of the EU. As members of the EU we participate in practical arrangements which make that co-operation particularly effective.

Over the years our prosecution and police services have built up direct contact with their EU counterparts and this direct contact has facilitated co-operation in tackling crime. Withdrawal from the current regime of co-operation risks Scotland's justice system being left behind as our European counterparts develop more effective tools to deal with present and future threats. Serious organised criminality and terrorism do not respect national borders; leaving the EU without securing continued participation in EU criminal justice measures could mean Scotland losing the common set of tools which allow law enforcement agencies both here and across the EU to tackle these challenges effectively at present and will force them to return to a more fragmented system.

It is in the mutual interests of both the UK Government and the Scottish Government that we are prepared and ready for the consequences of Brexit. Though we would prefer not to be leaving the EU, we share the general objectives of the UK Government in seeking a close relationship with our EU neighbours in the field of justice and security. We have asked, on numerous occasions, for the UK Government to share their planning on key issues that will have implications for Scotland, and made clear that we stand ready to contribute and play a constructive role in developing appropriate solutions.

The UK Government's future partnership paper Security, law enforcement and criminal justice [2] , published on 18 September 2017, was prepared without any engagement with the Scottish Government. It does not acknowledge that Scotland

is a separate legal jurisdiction with its own criminal justice, prosecution and police agencies. It also fails to acknowledge the independence of the Lord Advocate as head of the system of prosecution and investigation of deaths in Scotland and the role of the Crown Office and Procurator Fiscal Service ( COPFS) in administering international co-operation in criminal matters.

On the 9 May 2018, the UK Government published presentation slides termed "Framework for the UK- EU Security Partnership" [3] . These cover both internal and external security and were used during the recent on-going EU negotiations. The slides focus on how the UK Government will look to achieve this security partnership. The slides contain matters which directly affect Scotland, including operational matters falling under the responsibility of the Lord Advocate. However, these were prepared without any consultation with the Scottish Government or the Lord Advocate. Nor were we advised of the publication of these slides.

The UK Government has indicated that it intends to publish a White Paper in the near future containing detailed proposals for the future relationship between the EU and the UK. It is understood that this White Paper will set out UK positions on the objectives for the future relationship across the range of topics identified and published jointly with the European Commission on 4 May 2018.

It is only as the negotiations progress that everyone can see just what is at stake. Scotland's voice must be heard and we continue to push to be given real and meaningful input into the negotiations.

We welcome the progress made on the Withdrawal Agreement but there are areas of disagreement and divergence that remain. The EU instruments which deal with evidence gathering and extradition will depend on acceptance of jurisdiction of the Court of Justice of the European Union ( CJEU) or some other form of international adjudication acceptable to the EU. Information sharing arrangements are likely to depend on the acceptability to the EU of the UK's data protection regime post-Brexit.

Unless there is successful resolution of these major outstanding issues of contention between the EU and the UK Government then we may well lose access to these important JHA cross border measures.

Safeguarding our independent justice system necessitates our full involvement in the negotiations between the UK Government and the EU. We are committed to working closely with the UK Government so that it fully understands the implications of potential outcomes for Scotland's separate justice system. At the same time, we also remain fully committed to building on the strong links we have with countries elsewhere in Europe and around the world. 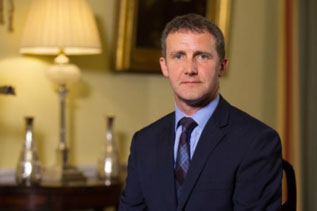