Scotland the Hydro Nation: prospectus and proposals for legislation consultation
Foreword from the Cabinet Secretary for Infrastructure and Capital Investment
Supporting documents

Foreword from the Cabinet Secretary for Infrastructure and Capital Investment 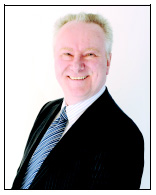 The world is waking up to the critical importance of water and to its scarcity in some locations. Despite being a blue planet covered in water, only 3% of the water in the world is fresh, and this is distributed unevenly around the globe. One in eight of the world's population do not have access to clean water and 2.5 billion live without basic sanitation. Climate change and population pressures will lead to an estimated 30% increase in demand for fresh water and, as the world's food demand grows even more quickly, water availability becomes even more critical.

Scotland has a unique contribution to make in areas such as water technology, governance, management and regulation. Scotland has the communications capacity and global reach to project key messages on water issues and build our reputation as a Hydro Nation. As part of the interdependent global community, Scotland has a clear interest and responsibility to play its part in managing the world's water.

Just as Scotland is demonstrating world leadership in climate change and natural resource protection, in particular through our ambitious approach to reducing greenhouse gas emissions by 80% by 2050, we can also demonstrate leadership in meeting the world's water challenges. Our commitment to the low carbon economy will not only attract early investment in renewable energy and carbon capture technologies, but also allow us to reap economic and environmental benefits from our natural resources, including water. Delivering our concept of a Hydro Nation is a key part of Scotland's transition to a low carbon economy.

We can be the first truly Hydro Nation.