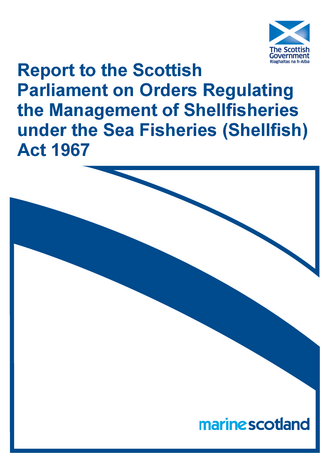 Report to the Scottish Parliament

In pursuance of Section 6 of the Sea Fisheries (Shellfish) Act, 1967, the Cabinet Secretary for Rural Affairs, Food and the Environment makes the following report in respect of the applications to and proceedings of, the Cabinet Secretary under the provisions of the Act during the year ended 31 December 2015.

Applications Carried Over from 2014, and under Consideration in 2015

Shellfish Orders Made in 2015