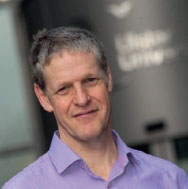 Recent events in Orlando and, closer to home, following the EU Referendum, demonstrate starkly that hatred and prejudice continue to have very serious consequences for people and communities across society. The Independent Advisory Group on Hate Crime, Prejudice and Community Cohesion was established last year by Scottish Ministers to advise on the current state of these issues in Scotland, and to suggest further steps to tackle these issues and build a Scotland where everyone matters. I have been privileged to undertake this work with my fellow group members.

It is worth noting that the Advisory Group has been established some years after the introduction in Scotland of legislation to strengthen protections against hate crime. This is therefore an opportune moment to reflect on the journey Scotland has been on since then, and the impact of policy and legislation nationally on the lives and experiences of individuals and communities locally.

The Advisory Group has been busy during its relatively short lifespan. Meetings and focus groups have enabled the Advisory Group to gain a direct understanding of the human cost of prejudice and hate crime in Scotland and its profound impact on personal lives and social cohesion. We were both moved and humbled to listen to many of these stories of trauma and resilience. The meetings underlined that facing prejudice and fear remains part of the everyday life of too many people in Scotland, escalating into direct personal violence and threat. We heard of people routinely abused on the street or on public transport, of people isolated in their own homes because they feared to go out and of verbal and physical abuse ranging from insults and catcalling on a daily basis to being spat on, or molested. We heard stories of bullying at school and in the workplace and of people frightened by the changing news agenda which seemed to blame everyone of one religious group or another. We heard of young people feeling isolated as the only member of a minority in small communities.

It was clear to the Advisory Group that much of this experience remains hidden to the general public. Only those acts that are serious enough as to warrant criminal prosecution and with sufficient evidence ever reach the courts, and the sensationalism of such incidents through the media masks the deeper long-term impact of persistent lower level forms of abuse that are a continuing part of the day-to-day experience of too many. We heard of many cases where the victims of hate decided not to proceed for fear of drawing further violent attention to their circumstances and of many incidents where the absence of witnesses made prosecution difficult. Of greater concern is that we also heard of the acceptance by many people in these minority communities that a certain amount of abuse is just 'part of life'.

Prejudice and hate have a huge impact on the quality of life of individuals the community to which they belong. Trust becomes more difficult, and whole families and groups withdraw into smaller circles of safety with huge consequences for the overall level of trust and social capital across the whole of society. Even worse, this degree of isolation and fear is a threat to the basic values of an open democratic society and undermines the rule of law and the principle of equality under the law. The long-term impact of social isolation is only beginning to be understood, but it is already clear that it leads to a degeneration of both the personal mental and physical health and wellbeing and this, in turn, leads to a disintegration of community cohesion. Even worse, alienation can lead directly to radicalisation and violence and contribute further to the stability of society as a whole and the quality of life of everyone.

Addressing prejudice and hate crime is therefore not only an issue for minorities or those who are targeted but must be a priority concern for the whole of society. Change will require political leadership, including legal support and public policy, as well as changes in behaviour in attitudes in community and society. Our concern in this report is not to pretend to resolve these issues, but to reflect on the learning from our listening process, to analyse the research evidence and to suggest practical pathways to reduce hate, prejudice, violence, isolation and mistrust.

We very much hope that this report can set the context for the many changes required, as well as making practical suggestions for who should do what to advance this crucially important agenda.