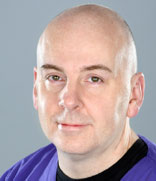 Every week across Scotland the equivalent of a full double decker bus load of people have resuscitation attempted after Out-of-hospital Cardiac Arrest ( OHCA). Their heart has suddenly stopped. Unless it can be restarted in a matter of minutes death will quickly follow. Unfortunately, only around four of these people will return home to their families alive. The good news is; it doesn't have to be this way.

Scotland's Strategy for Out-of-hospital Cardiac Arrest, launched in 2015, gives a clear commitment to improving survival after OHCA. By optimising the whole system of care - starting with public perceptions and bystander actions, and ending with the aftercare of survivors and their families - we hope to save an additional 1000 lives by 2020, making Scotland a world leader in OHCA resuscitation.

Successful implementation of this Strategy will depend on the active participation, commitment and support of all of the organisations involved in the 'chain of survival' after OHCA. This review describes how far we have come in the first year of implementing our plan. The work of the emergency services, joint forces command, third sector organisations, community groups, academics, Scottish Government and industry partners are all represented here - including the newly formed Save a Life for Scotland.

It is early days. As we reflect on our first year there is much positive progress to report, but having a great plan is no guarantee of success. This report is an encouragement to clinicians, policy makers, community groups and the public that we are off to a good start. It is also a reminder of the challenge to continue to work purposefully together, focussed on the prize of better resuscitation outcomes after OHCA. We still have a long way to go.

I would like to acknowledge all those who have worked hard and contributed to the progress thus far. The individuals at the 'sharp end' of training, resuscitating and aftercare are too numerous to mention by name - but you know who you are. On behalf of those whose lives you save and the families you preserve - thank you. In addition, my own personal thanks go to the Strategy Delivery Group for their willingness to embrace organisational change, and to do the hard work to make it happen.