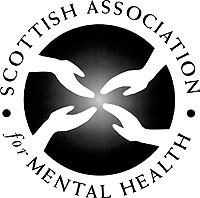 A new law, the Mental Health (Care and Treatment) (Scotland) Act 2003, was passed by the Scottish Parliament in March 2003. It will come into effect in April 2005. The Scottish Executive is working on a Code of Practice, and other guidance, to give people more detail about how the Act will work in practice. It is important that the views of service users and carers are taken into account in developing the Code of Practice and other guidance.

This booklet looks at some of these issues in more detail.

The new Act applies to people with a 'mental disorder'. This term is used to cover mental health problems, personality disorders and learning disabilities.

Unlike the current Mental Health Act, the new Act is based on a set of guiding principles. These help to set the tone of the Act and guide its interpretation. As a general rule, anyone who takes any action under the Act has to take account of the principles. There are 10 principles:

1. Non-discrimination - People with mental disorder should, wherever possible, retain the same rights and entitlements as those with other health needs.

2. Equality - All powers under the Act should be exercised without any direct or indirect discrimination on the grounds of physical disability, age, gender, sexual orientation, language, religion or national or ethnic or social origin.

3. Respect for diversity - Service users should receive care, treatment and support in a manner that accords respect for their individual qualities, abilities and diverse backgrounds and properly takes into account their age, gender, sexual orientation, ethnic group and social, cultural and religious background.

4. Reciprocity - Where society imposes an obligation on an individual to comply with a programme of treatment of care, it should impose a parallel obligation on the health and social care authorities to provide safe and appropriate services, including ongoing care following discharge from compulsion.

5. Informal care - Wherever possible, care, treatment and support should be provided to people with mental disorder without the use of compulsory powers.

6. Participation - Service users should be fully involved, so far as they are able to be, in all aspects of their assessment, care, treatment and support. Their past and present wishes should be taken into account. They should be provided with all the information and support necessary to enable them to participate fully. Information should be provided in a way which makes it most likely to be understood.

7. Respect for carers - Those who provide care to service users on an informal basis should receive respect for their role and experience, receive appropriate information and advice, and have their views and needs taken into account.

9. Benefit - Any intervention under the Act should be likely to produce for the service user a benefit that cannot reasonably be achieved other than by the intervention.

10. Child welfare - The welfare of a child with mental disorder should be paramount in any interventions imposed on the child under the Act.

What powers does the new Act contain?

1. Emergency detention - This would allow someone to be detained in hospital for up to 72 hours where hospital admission is required urgently to allow the person's condition to be assessed. It will only take place if recommended by a doctor. Wherever possible, the agreement of a mental health officer (a social worker specially trained in mental health) should also be obtained.

2. Short-term detention - This would allow someone to be detained in hospital for up to 28 days. It will only take place where it is recommended by a specially trained doctor (a psychiatrist) and agreed by a mental health officer.

A CTO would last for 6 months initially but could then be extended for a further 6 months, and after that could be extended for 12 months at a time. It could be based in the hospital or in the community. If it is based in the community, then it could include various requirements, e.g. that the patient live at a certain address, attend certain services at particular times, or attend a particular place for treatment.

There are rules in the Act about when you can ask the Tribunal to review decisions or try to have requirements in a CTO changed.

Other powers under the new Act include:

There are strict conditions in the Act about when these powers might be used. These are:

When can people be given treatment without their consent?

If someone is subject to an emergency detention, then they cannot be treated without their consent unless the treatment is required urgently,
or they are being treated under another law called the 'Adults with Incapacity Act'.

Someone who is subject to short-term detention or a compulsory treatment order can be given treatment in accordance with rules set out in part 16 of the Act which deals with medical treatment. The definition of 'medical treatment' under the Act is quite wide. It means treatment for mental disorder and as well as medical treatments like drug treatments and electro-convulsive (ECT), it also covers nursing, care, psychological interventions, habilitation and rehabilitation. ('Habilitation' and 'rehabilitation' cover things like education and training in work, social and independent living skills.)

There are special safeguards for some of the more controversial treatments, for example neurosurgery for mental disorder (NMD), electro-convulsive therapy (ECT) and drug treatments given for more than 2 months.

What safeguards does the new Act contain to protect the rights of mental health service users?

Each Tribunal will have three members: a legally qualified person, a doctor with experience in mental health and a third person with other skills and experience. It is possible that the third person could be a service user or carer. It is hoped that Tribunals will be much less intimidating than the Sheriff Court and will encourage people to participate in proceedings.

The new Act gives every person with a mental disorder a right of access to independent advocacy and puts duties on Health Boards and local authorities to ensure that independent advocacy services are available. This right to access advocacy applies to all mental health service users, not just to people who are subject to powers under the new Act.

People will be able to make advance statements, setting out how they would wish to be treated if they become unwell and unable to express their views clearly at some point in the future. The Tribunal and any person responsible for giving treatment under the new Act would have to take an advance statement into account.

The new Act continues the general protective functions of the Mental Welfare Commission and gives it new powers which will enable it to maintain and develop its vital role in protecting the rights of service users and promoting the effective operation of the new Act. These include monitoring how the Act is working; encouraging best practice; publishing information and guidance and carrying out visits to patients, investigations, interviews and medical examinations, and to inspect patient records.

There are other safeguards in the Act. Some of these will benefit all service users, not just those who are treated under the Act. These include:

More information about the new Act

If you want to keep up to date with what is happening, you can sign up to receive a copy of the Newsletter. Please contact: