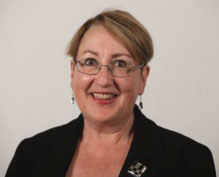 This Government's vision is to build a fairer Scotland where everyone feels included in our communities and we properly support our most vulnerable people.

Every year Police Scotland receive over 30,000 calls reporting people missing. Around two thirds of these are children and young people, who are especially vulnerable to harm and exploitation.

Among adults who go missing, there is a high prevalence of mental health problems - diagnosed and undiagnosed - meaning that this group is especially vulnerable too. Fortunately, the vast majority - 88% - of people who go missing are either contacted or returned safely to their homes within 48 hours. However, for others, the outcome is not so positive. Over 500 cases are open in Scotland of people who are classed as long-term missing - those who have not been seen for 28 days or more. For families and loved ones who hear nothing after all that time, the pain must seem unbearable.

Going missing is a clear sign that something is wrong in a person's life. For many, they are having problems at home, at school or at work. The evidence tells us that anyone can become vulnerable. Some of us may already know of people who have gone missing or who have seriously thought of running away from issues in their lives. In some cases, they could be our loved ones - but, in others, our friends, our neighbours or people we are aware of from our communities. That is why all of us should make missing people our business. We should all have a duty to look out for the most vulnerable in our communities.

Often the problems which lead to someone going missing can lead to a dangerous cycle of repeat incidents. It is important, therefore, that agencies join together to understand, and try to deal with, the issues which may be lying behind any individual case.

This Framework provides a basis for such an understanding. It is the first of its kind in Scotland and is founded on a close collaboration between the Scottish Government, Police Scotland, local authorities, NHSScotland and a number of third sector organisations, including the charity Missing People, Barnardo's and Shelter Scotland. These organisations all recognise that the issue requires a coherent, multi-agency response.

For the first time, this Framework sets out the roles and responsibilities of the respective agencies, as well as key national objectives and supporting commitments on which to focus our efforts on missing people. There is already a wealth of good practice across Scotland - some of it, world-leading - and, through this Framework, we also want to ensure that this is shared consistently.

Our shared approach will not only ensure that we continue to have a hugely effective frontline response when someone goes missing but also that we are able to put in place measures to prevent people from going missing in the first place.

Ultimately, with this Framework, I believe that we will take a major step forward in our efforts to protect some of Scotland's most vulnerable individuals and ensure that families are supported.