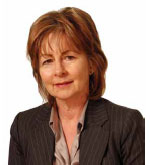 It is nearly six years since the original Expert Panel met to craft 'A Low Carbon Building Standards Strategy for Scotland'. In the ensuing period, much has changed. The building industry has been significantly affected by the economic downturn, with decline in the demand for new buildings, particularly in the private sector. This unforeseeable reduction

in construction activity has not only affected commercial buildings and housing output in a negative way, but has led to wider implications for industry, such as a loss of skilled operatives and the closing down of some construction companies. As a consequence it became evident that some of our 2007 recommendations might prove overly challenging in these circumstances.

However, the need to mitigate the effect of climate change remains a pressing task. In view of the above, I was delighted when at the end of 2012 Mr Mackay, Minister for Local Government and Planning, invited me to chair a reconvened Panel to revisit specific topics.

Focusing on the recommendations for 'Eventual and Staged Standards', we consider it would be beneficial to extend the preparation time for the next two sets of energy standards for new buildings for an industry that is in the early stages of recovery from the effects of the downturn, and for government and industry to work together to use this time to best effect. Inter alia, time is needed to understand the implications of the EU Directive requiring 'nearly zero energy buildings' from 2019, and its impact on building standards.

Work that has been undertaken by the Zero Carbon Hub elsewhere in the UK indicates that it may not be practical for every new home to achieve net zero carbon. We consider that this will also be the case for non-domestic buildings. In view of this, our Report advocates that the concept of 'Allowable Solutions' should be investigated and developed. This could support Scottish Ministers in delivering a 'zero carbon standard' for new buildings which can be achieved in practice.

In 2007 we recognised that both government and industry need to be aware of the financial cost of building to more challenging energy standards. More recently, the concern that energy efficient construction is seldom valued during property transactions has become a greater challenge to ongoing improvement. We favour action to assist in the recognition of monetary saving, through lower fuel bills, within the valuation process.

It is considered that action following the original Report moved Scotland into one of the top European Countries in terms of the energy standards set for new buildings. The recommendations that we now make through this document seek to add additional flexibility and practicality as further progress is made towards 'nearly zero energy' and very low carbon new buildings.