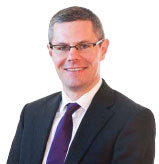 Following its publication in late 2007, the original Sullivan Report provided a routemap for delivery of very low carbon buildings, setting aspirations for carbon abatement and energy efficiency within building standards. The Report also gave us the goal of 'net zero carbon' to aim for. Almost all of the recommendations from the original Report have now been taken forward.

In 2008, we entered into what became the current, prolonged economic downturn. This presented a challenge for implementation of some recommendations to the extent originally identified. So in light of this, following my announcement in December 2012 on the consultation on the next set of energy standards, I asked the Sullivan Panel to reconvene and revisit some of their original recommendations.

Most people are aware of the scale of the task that addressing climate change presents. Reducing our output of greenhouse gases, and in particular carbon dioxide emissions from buildings, is an essential part of this process. The Scottish Government has to meet the legally binding emissions reduction targets which are the 'will' of the Scottish Parliament. We are proud of these targets but they are extremely challenging and will require transformational change to the way Scotland generates and consumes energy over the coming decades. Our electricity and heat need to be greener and we need to use less. An important factor in achieving this will be making our buildings as low carbon and low energy as practical.

However, we remain sensitive to issues which affect business and industry.

I was delighted to attend on the first day that the Panel met and very grateful to them for their work in updating elements of their original Report. Indeed, I have already made use of one of the recommendations - the longer implementation timescales they suggest for the next set of energy standards - when I announced a deferment in the introduction of these standards until 2015. To be in the best position to deliver the standards in practice, this additional time will need to be used wisely by industry. This includes working in partnership with government on the Action Plan recommended by the Panel.

As before, the Scottish Government will be diligent in commissioning research and working with industry to investigate and develop these recommendations. We are now at a point where there is greater optimism for future growth across the construction industry - growth which remains essential as part of a successful low carbon economy.