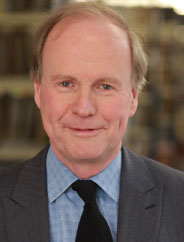 This is my first report as Commissioner for Fair Access to higher education ( HE) in Scotland. It builds on the impressive reports, interim and final, of the Commission on Widening Access ( CoWA) chaired by Dame Ruth Silver. Many of the themes taken up in this report had already been identified by the Commission. One of the Commission's many recommendations was the appointment of a Commissioner. My appointment, and the other measures being undertaken, are a clear demonstration of the Scottish Government's commitment, as expressed by the First Minister, to achieving truly fair access to higher education by the end of the next decade - in other words, that all applicants should have the same opportunity to access higher education regardless of their socioeconomic background. If this goal is met, as I am confident it can be, it would represent an unprecedented achievement. No other nation has set itself, let alone achieved, such an ambitious goal.

This report, however, is only one part of a larger jigsaw. It sits alongside other work being undertaken by the Scottish Government, in particular on the Learner Journey (for 15 to 24-year-olds). It also picks up themes and issues already identified in the impressive work undertaken by the Scottish Funding Council ( SFC) - and, in particular, its Access and Inclusion Committee. Fair access is now firmly established as a key element in the outcome agreements negotiated between institutions and the SFC. I am grateful to the SFC, and in particular its Interim Chief Executive Dr John Kemp, for its support of my work as Commissioner.

The report also sits alongside the equally impressive efforts of sector organisations, Universities Scotland ( US) and Colleges Scotland, and of individual colleges and universities aimed at implementing the recommendations of the Commission on Widening Access and making progress towards the targets recommended by the Commission and agreed by the Scottish Government. As its response to the Commission's report, Universities Scotland established three work streams - on articulation led by Professor Susan Stewart, Director of the Open University in Scotland, on bridging programmes led by Professor Petra Wend, Principal of Queen Margaret University and on contextual admissions and adjusted offers led by Professor Sally Mapstone, Principal of the University of St Andrews. In compiling my annual report I have benefited from useful and friendly conversations with all three. My report picks up many of the themes raised in the reports of the three work streams, although as Commissioner and therefore not bound by sectoral or institutional constraints, I have been able in some instances to adopt a more radical approach.

During my first year as Commissioner I have made a number of visits to colleges and universities. On every occasion I have received a friendly welcome and been left in no doubt about their full-hearted commitment to the goal of achieving fair access.

Although I have aimed to write a comprehensive report, it is not possible to cover the many complex issues arising from the drive to achieve fair access within a single annual report. So, in addition to this report, a number of discussion papers have been published on the Commissioner's webpage over the course of the past year. The format of these documents has been to present, in as objective and accessible a manner as possible, the data and evidence on key issues accompanied by a brief commentary by myself as Commissioner.

The intention has been, as far as possible, to separate facts from opinion, so that others if they so wish can reach different conclusions. A major objective has been to stimulate debate - within institutions, sectoral organisations, national agencies, the Scottish Government and Parliament and also among the general public (in particular potential applicants, their parents and families, teachers in schools and colleges and others who advise applicants). So far three have been published - on the cycle of applications, offers and admissions; contextual admissions; and the impact of league tables on fair access. These documents have been drafted by colleagues in the Scottish Government, and I would like in particular to thank Stephanie McKendry and Ryan Scott, although responsibility for the contents, of course, rests with me.

In my work as Commissioner I have been ably supported by the team in the Scottish Government led by Lynn Graham, to whom I am particularly grateful. In addition to support, in terms of logistics, data collection and analysis, they have offered me sound professional advice. But at no time have they sought to influence the conclusions I have reached, which are reflected in the recommendations made in this report.