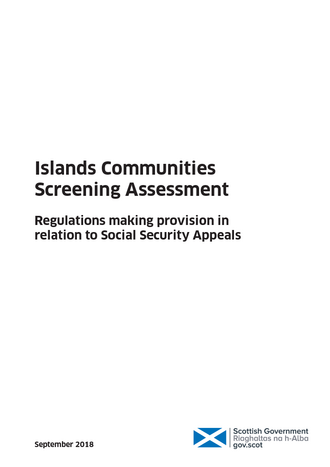 1. The importance of island-proofing was recognised in the " Empowering Scotland's Island Communities prospectus" [1] published in June 2014. The principle of island-proofing is one of building a broad-based islands awareness into the decision making process of all parts of the public sector.