HM Inspectorate of Prosecution in Scotland: annual report 2017-2018
Chapter 1: About Us
Supporting documents

1. The Inspectorate of Prosecution in Scotland (IPS) was established in 2003 and placed on a statutory footing in 2007 by the Criminal Proceedings etc. (Reform) (Scotland) Act 2007. The Act requires the Inspector "acting independently of any other person" to secure the inspection of the operation of COPFS and make recommendations that will contribute to the improvement of COPFS and enhance public confidence. It provides that the Lord Advocate may require the Inspector to submit a report on any particular matter connected with the operation of the Service.

2. The Inspectorate's vision is to enhance the effectiveness of and to promote excellence in the prosecution service in Scotland through professional and independent inspection and evaluation.

3. The core values of the Inspectorate are:

4. The Inspectorate is committed to promoting equality and diversity. To this end we consider the impact our inspections and recommendations may have on individuals, groups and communities. We carry out Equality Impact Assessments for each report focusing on the potential impact of our work on those with protected characteristics.

5. We encourage an inclusive and participative process and acting as an impartial and professional 'critical friend' aim to secure improvement across the system. We also seek to identify examples of good practice.

6. It is important that the work of the Inspectorate is relevant to the issues impacting on our communities. In common with other inspectorates, IPS inspection activity has evolved to develop programmes aligning inspection resource to risks by using sector risk profiles (from inspections) and sector intelligence (such as performance data and stakeholder feedback).

7. There are a number of different types of inspection work undertaken by the Inspectorate. These include:

8. Thematic reviews look holistically at services end to end. These can be focused on specific types of case work or business approaches. We will highlight good practice and make recommendations designed to drive improvement and enhance quality.

9. The main way in which inspectorates have impact is through their published reports and recommendations. For maximum impact and value from inspection findings, a robust follow-up process is a critical part of an effective inspection regime. Since 2014, the Inspectorate has embarked on a rolling programme of follow-up reports to monitor the progress of COPFS implementation of our recommendations and to evaluate the effectiveness and outcomes of measures implemented. Follow-up reports will continue to form part of our inspection cycle.

10. It is recognised that some issues are best addressed by a multi-agency or partnership approach. IPS has previously conducted joint inspections with Her Majesty's Inspectorate of Constabulary in Scotland (HMICS). The Inspectorate also liaises with Audit Scotland and the other inspection bodies within the criminal justice system to ensure there is no duplication of work and that inspection work is undertaken in a collaborative and complementary way.

Engagement between IPS and other Prosecutorial Systems

11. This year, IPS was pleased to welcome the newly appointed Director of Public Prosecution (DPP) of Kenya, Mr Noordin Haji, and a delegation of prosecutors. The DPP advised that they were considering establishing an inspectorate of prosecution in Kenya and was interested to understand the impetus for the introduction of the Inspectorate in Scotland and what was involved in its establishment. There was a fruitful discussion on the role and function of the Inspectorate, the methodology of conducting inspections, how improvements are measured and what influence the Inspectorate has in ensuring the recommendations are implemented. The discussion enhanced our knowledge of the system of prosecution in Kenya and increased awareness of some of the issues arising from their constitutional framework. The role of prosecutorial independence was further explored at the International Association of Prosecutors annual conference in September. 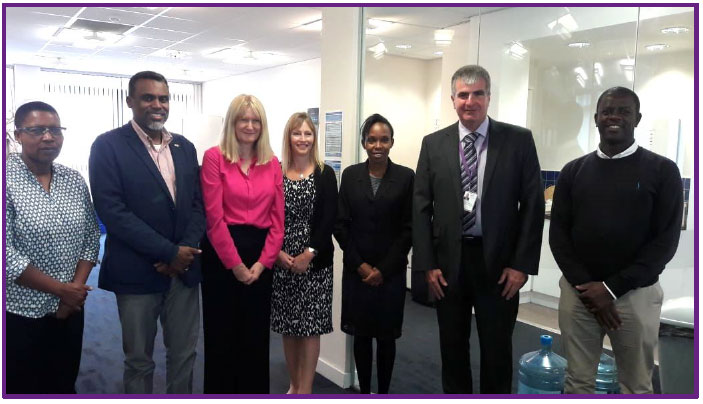 12. Established in 1995, the International Association of Prosecutors is the first and only worldwide organisation of prosecutors, representing over 300,000 prosecutors from over 176 different countries and territories. The main impetus for its formation was the rapid growth in serious transnational crime and the need to meet the challenges this presents through greater international co-operation.

13. The 23rd Annual Conference of the IAP was held in Johannesburg, South Africa. Our hosts were extremely welcoming and, in the year that they celebrated the centenary of the birth of Nelson Mandela we heard much about the spirit of Ubuntu – a traditional African philosophy, which speaks to their humanity and interconnectedness and a belief that the wellbeing of the South African people is deeply ingrained in the wellbeing of others.

14. The theme “Prosecutorial Independence – the Cornerstone of Justice to Society” resonated with all prosecuting authorities. The hallmark of independence is an environment where prosecutors exercise their mandate without fear, favour or prejudice. The absence of political interference and the accountability of prosecutors were identified as critical for prosecutorial independence. In both aspects, Scotland fared better than some countries – in some parts of the world a certain level of interconnection between the government and the public prosecutor’s office remains rather than the separation of powers necessary to prevent political interference.

15. We heard that prosecutorial accountability can be furthered through a variety of means, ranging from the publication of annual reports and key performance indicators, independent complaints mechanisms and legislative provisions that provide victims of crime with the right to seek a review of prosecutorial decisions such as the Victims’ Right of Review introduced by COPFS in 2015.

16. In this context, dedicated prosecution service inspectorates were acknowledged as an important mechanism for providing an extra layer of scrutiny and accountability. As such, the conference provided an opportunity to discuss the role and function of the independent Inspectorate in Scotland with prosecutors from various jurisdictions including Austria, the USA and Kenya.