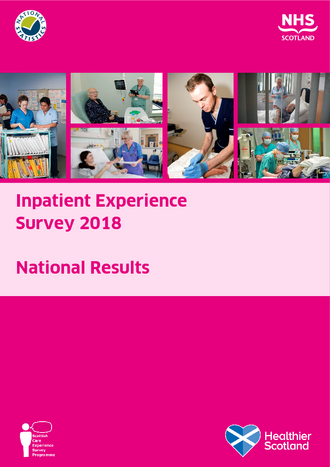 Over 20,000 people took part in the 2018 Inpatient Experience Survey. The survey included a range of questions covering topics such as admission to hospital; the hospital and ward environment; care and treatment; staff; operations and procedures; leaving hospital; and care and support at home. The main results are:

The Hospital and Ward

Care and Treatment in Hospital