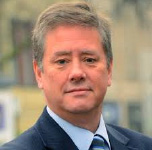 We published an updated Infrastructure Investment Plan in December 2015 which outlined why we need to invest, how we will invest and what strategic, large-scale investments we intend to take forward within each sector over the next 10 to 20 years. This annual progress report outlines key achievements over the course of 2016 and looks forward to developments in 2017 and beyond.

We continue to support major investment across our communities in order to modernise infrastructure, boost our economy and provide vital support for our construction and service sectors.

Despite some increases in conventional capital budgets announced in the UK Spring Budget in March 2017, our Capital DEL budget in 2020-21 will still be 6.3% lower in real terms than it was in 2010-11. We are therefore using all levers at our disposal to maximise investment and support economic growth and our spending plans will ensure spending is targeted as effectively as possible.

In 2017-18 our total planned capital investment of £4 billion includes a combination of our capital budget, borrowing powers, revenue funded investment through our Non-Profit Distributing/hub programme and Regulatory Asset Base ( RAB) rail enhancements as well as capital receipts. It is estimated that this planned investment will support around an estimated 30,000 full time equivalent jobs.

Significant progress continues to be made in delivering our Infrastructure Investment Plan as demonstrated by this report on projects that have been delivered by our accompanying published pipeline of project activity.

During 2016 projects totalling almost £800 million completed construction within our pipeline. These are now operational and include:

Particular highlights from the different sectors in this progress report include:

Transport: A significant milestone was achieved on the M8, M73 M74 Motorway Improvements Project in February when the Raith Underpass was opened to traffic, with significant reductions in journey times reported. Construction of the overall project includes upgrading the A8 between Glasgow and Edinburgh to complete the 'missing link' as well as major improvements on the M73, M74, and A725. In December the new Edinburgh Gateway interchange project opened. The project which forms part of the Edinburgh-Glasgow Improvement Programme ( EGIP) is situated between South Gyle and Dalmeny and will serve passengers from Fife and the north of the city. The station will link the capital's northern train line to the tram network and Edinburgh Airport and offer local travellers services to Perth, Dundee and Inverness.

Health: In December phase one of the Redevelopment of Royal Edinburgh Hospital Campus was completed and the keys to the facility were handed over to NHS Lothian. A rolling programme of service relocations to the new facilities will see staff moving into their new surroundings during 2017. In May NHS Ayrshire and Arran's Acute Mental Health & North Ayrshire Community Hospital was officially opened following practical completion in April. The new facility for 206 inpatients is now called Woodland View and serves East, North, and South Ayrshire.

Schools: Eighteen school projects worth almost £310 million were completed within the Schools for the Future programme during 2016 and thirty two schools commenced construction.

Further and Higher Education: In October the new Ayrshire College campus in Kilmarnock opened to students. The project in East Ayrshire was the single largest public sector investment Kilmarnock has ever seen and delivered state of the art learning facilities for staff and students alike. In August the City Campus in Cathedral Street which forms part of the City of Glasgow College project and which is one of the largest specialist college buildings in Europe, opened to students. This follows the building of the Riverside Campus which opened in August 2015.

Culture and Heritage: A 'topping out' ceremony was held at the beginning of March 2017 to mark a significant moment in the construction of the V&A Museum in Dundee. The topping out ceremony marks an important achievement for the museum and a key milestone towards achieving Dundee's ambitions for the city as well as Scottish culture and tourism.

Justice: Plans for the development of a new national facility for women offenders are progressing and a Prior Information Notice for the project was published on 4 March 2017. Planning permission has been obtained for the new Inverness Justice Centre and the main construction works will commence in October 2017.

Energy: We have now published our overarching energy strategy to create a firm, long-term basis for energy investment in Scotland setting out the Scottish Government's vision for the future energy system in Scotland, to 2050. It articulates the priorities for an integrated system-wide approach that considers both the use and the supply of energy for heat, power and transport. There are exciting opportunities to shape our future energy system, and to help tackle the challenges of climate change, affordability of energy, and the efficiency of our energy use. Views are being sought on the vision set out in the draft Energy Strategy and how we will seek to achieve this.

Water: Scottish Water reported for the financial year 2015-16 that it had invested £479 million and in doing so had made a further contribution towards a number of the Government's key strategic objectives. This investment enabled it to deliver better services to customers, improve drinking water quality, provide additional capacity to meet the demands of new housing, reduce leakage and protect Scotland's environment.

Rural Economy and the Environment: The local authority capital settlement includes £42 million identified as being available for flood protection schemes and a 10 year funding approach was agreed with COSLA (Convention of Scottish Local Authorities) in July 2016.

Housing: Over 2011-2016 we exceeded our 30,000 affordable homes target and to end of March 2016 a total of 33,490 affordable homes were delivered, 22,523 of which were for social rent, including 5,992 council homes. Building on this success, we and our partners want more homes delivered across all tenures and are pursuing this through More Homes Scotland; an overarching approach we launched in March 2016 to support increased housing supply. During the current parliamentary term, 2016-21, our target is to deliver more than 50,000 affordable homes, backed by investment of over £3 billion.

In addition to this progress report and the aforementioned project pipeline, accompanying updates have also been published on the progress of major capital projects over £20 million and the pipeline of investment in major programmes. All of these reports can be found on the Scottish Government website by way of the following link:

Our aim is to give the market and other interested stakeholders a clear overview of our long-term investment plans and the progress we are making and we will continue to update these regularly on our website.

We look forward to continuing to work with the private sector, local government, and all our stakeholders to ensure that collectively we maximise the benefits of infrastructure investment to the people of Scotland.