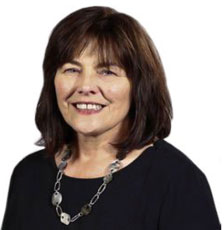 In 2017, the Scottish Government published its Trafficking and Exploitation Strategy, setting out a vision to eliminate human trafficking and exploitation. The Strategy was developed in partnership with a wide range of bodies and by listening to victims themselves.

Human trafficking and exploitation, by its very nature, is often a hidden crime but recorded cases in Scotland have increased from 99 in 2013 to 228 in 2018 – an increase of 130%. Analysis suggests that the scale of the problem in Scotland is likely to be much wider than these numbers.

While many healthcare workers may be unfamiliar with indicators of human trafficking and exploitation, practitioners have a unique and vital opportunity to access individuals who may otherwise attempt to avoid services. This guidance is intended to support healthcare workers in recognising and responding appropriately to victims of this abhorrent crime.

Victims of trafficking and exploitation can be severely traumatised by their experiences and can find it extremely challenging to share their fears. Victims may be distrustful or anxious of authorities. A trauma informed approach from healthcare staff is important, including an awareness of possible indications of trauma. It is important to be sensitive to fears of authority while encouraging victims to access the help and protection that is available to support them.

The ambitious vision set out in the Scottish Government's Strategy to eliminate human trafficking and exploitation requires a collective response. Improving awareness of healthcare workers will help to ensure more victims are identified, helped out of exploitation and provided with appropriate support.

Who is this guide for?