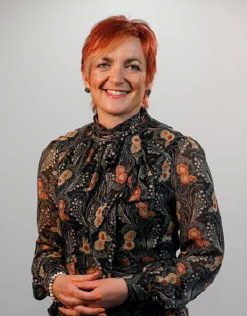 The death of a close relative or friend is one of the most difficult things that any of us will ever experience. It can be even harder if money is tight. People being pushed into poverty because they have a funeral to pay for is a growing problem. Those who are already in poverty can face additional hardship because of funeral costs. If no action is taken and prices continue to rise, more and more people will struggle with debt as a result of paying for a funeral.

This Funeral Costs Plan sets out 10 actions that the Scottish Government will take across a range of areas to help tackle funeral poverty and make more affordable funeral options available.

This plan is based on firm foundations. The Scottish Government held a National Conference on Funeral Poverty in November 2016 and has hosted three roundtable discussions on this issue involving local authorities, the funeral industry, advice services and other third sector organisations. If we work together then we can make a difference and stop people falling into poverty as a result of arranging a funeral that they cannot afford.

Discussions so far have been positive, and there are examples of local authorities, credit unions and social enterprises creating new products and ways of delivering more affordable funerals. The funeral industry is also taking steps to make its pricing clearer for customers, and to increase awareness of affordable funeral options. I welcome the efforts that are already underway but there is still more that can be done.

As well as improving the availability of affordable funeral options, I want the Scottish Government to provide support directly to those who need it most at the point of bereavement. A key way we will do this is by delivering the new Funeral Expense Assistance ( FEA) benefit by summer 2019.

We have heard from people who have been bereaved about the stress that is caused by the complex eligibility criteria and application process for the current Department for Work and Pensions ( DWP) Funeral Payment; and by the length of time that it takes to make payments. We have already said that we will aim to process our FEA applications within 10 working days of receiving the completed application. We will continue to listen to people who have experience of the current DWP system and we will seek expert opinions, including from the FEA Reference Group, to make our new application process easier to understand.

We need to encourage everyone to talk about what will happen after they die. We also need to help everyone understand the different options available for a funeral. Finally, we need to increase awareness of the different savings and insurance products that are available.

The Scottish Government has provided funding to Citizens Advice Scotland to develop training for advisors across Scotland on funeral planning and support available at the point of bereavement, so that people throughout the country are able to access consistent advice. In addition, we have published Planning Your Own Funeral which helps people record what they want for their funeral and suggests ways in which they can start a conversation about their wishes with friends and family. In the longer term, we will pilot a Scottish funeral bond to help people save for their funeral.

I also want to work with the UK Government to improve the regulation of products such as funeral plans, so that they are not mis-sold to members of the public. Work has already been done in this area, for example by the Funeral Planning Authority, but we still need to take action to protect consumer interests and improve public confidence.

I look forward to continuing to work with the funeral industry, local authorities, credit unions, social enterprises and others as the Scottish Government delivers on these actions during this Parliamentary term.