In December 2017 the Scottish Law Commission (“the Commission”) published their Report on Defamation in which they made a number of recommendations to reform Scots law on defamation so as to strike a balance between freedom of expression and protection of reputation.

The protection of freedom of expression is essential for the democratic political process and the development of every human being. As Lord Hailsham said, “I regard freedom of expression as the primary right without which one cannot have a proper functioning democracy.” Yet at the same time it can conflict with other rights, such as reputation.

Reputation is a component of the right to private life, and it forms the basis of the law of defamation. It is an integral and important part of the dignity of the individual, and helps to inform many decisions in a democratic society which are fundamental to its well-being.

I would like to use this opportunity to ensure that any reform to defamation law is fully tested.

We want our law of defamation to be fit for 21st century Scotland, with a clear and accessible framework that balances freedom of expression and protection of reputation.

I welcome the opportunity that this consultation provides to further these vital issues and I look forward to hearing your views. 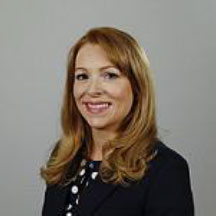