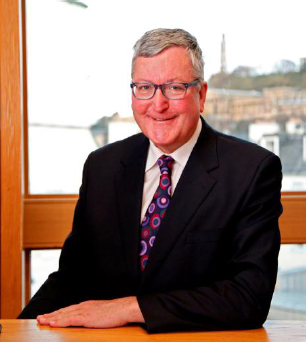 Crofting occupies a unique place in the cultural heritage of Scotland. It is woven into our history and tells a story of who we are and where we have come from. We are aware of its past, but what will be its future? The Scottish Government understands that crofters and solicitors have long argued that crofting legislation is overly complicated and outdated, and what we now need is a transparent framework that is, understandable and workable in practice. Legislation that complements the future of crofting.

Crofting makes a vital contribution to the economy, environment and sustainability of communities in Scotland's remote rural areas. To put crofting into context, there are over 20,000 crofts with around 33,000 people living in crofting households. In addition, there are over 1,000 common grazings covering over 550,000 ha across Scotland. In 2016 alone, the sector generated an estimated revenue of £85.8 million.

Much has changed since crofting law first came into force. Legislation has been updated, of course, but it is still based on the principles underpinning the Crofters' Holdings (Scotland) Act 1886, which was introduced following the report of the Napier Commission to Parliament in 1884. The Scottish Government is committed to examining the modernisation of crofting law within this Parliamentary session.

In recent months, my officials have held a number of engagement events across the Highlands and Islands in order to hear the views of those with a crofting interest. I am extremely grateful to those who have taken part in these events, as the contributions that participants have made helped form the basis for this consultation. I am also grateful to the REC Committee for its early engagement work and to others such as the Crofting Law Group. I am equally thankful to have had access to such documents as the Crofting Law Sump, and the Shucksmith Report.

I want crofting to have a positive future, one that secures its place at the heart of rural communities and the rural economy. The Act of 1886 secured rights for crofters and legislation has since preserved those rights and developed responsibilities associated with them. Rights and responsibilities remain important today, but as we look forward, we must see how crofting best contributes to the rural economy and how it can help in re-peopling Scotland's rural areas.

There are undoubtedly challenges ahead, such as those that are likely to come from leaving the European Union. We need to ensure that we meet those challenges. Having an environment that encourages optimism and allows those associated with crofting the opportunity to develop businesses and manage the landscape for the benefit of all is key.

Accordingly, I believe it is sensible to approach crofting reform from an open perspective as the legislation can take many different forms. That means we may be looking at a range of options, from a tidy-up or a consolidation exercise through to a clean sheet approach. I have also noted there have been recommendations on non-legislative aspects of crofting policy that I think should also be recognised. I welcome this, as legislation is not always the best way to make improvements.

I encourage everyone to participate in this consultation. Decision making is central to government and one that is best achieved through listening to viewpoints and in the sharing of ideas. I look forward to seeing the responses to this consultation.