1.2 The number of social work orders issued has been fairly stable over the past seven years with numbers generally around the 20,000 mark, the most recent figures for 2013-14 showing an increase of 4 per cent over the previous year (Chart 1 and Table 1). 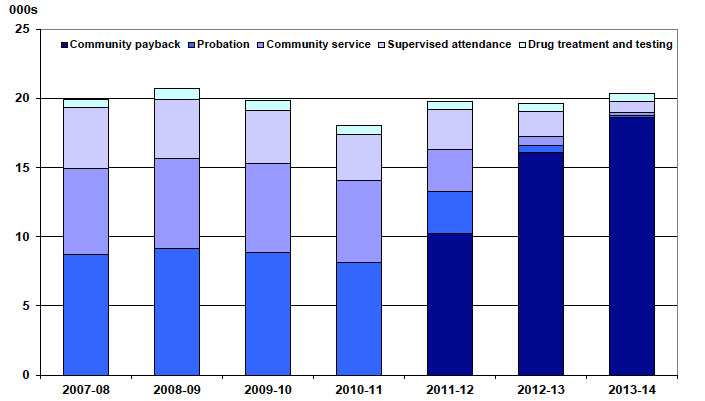 Note : Figures for 2010-11 exclude around 300 community payback orders issued in February and March 2011 which were not included in the data collected from local authorities (see §5.2.4 for details).