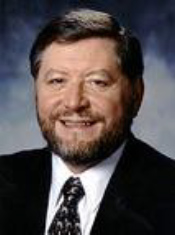 This report comes at an important time for the Council and a remarkable time in Scotland's history. The Council has provided advice on and helped shape some of the policies that have the potential to be hugely impactful to Scotland. Individual Council members have also made significant contributions to this work outside of their role with the Council, reflecting the enthusiasm that we have for these topics.

This is the first Chair's Report since October 2016, and I would like to make special mention of the contributions of Amanda McMillan, Professor Frances Ruane, and Professor Sir James Mirrlees over this period, all of whom have had to step away from the Council this year. I have learned a huge amount from the diverse contributions, experiences, and perspectives they have bought to the Council; and I know the First Minister has also greatly valued their work.

It has been an eventful period for Scotland and the Scottish economy as well. Since 2016, the process has begun to disentangle the United Kingdom from one of the world's major international unions; creating a backdrop of new challenges and uncertainty – particularly in the Scottish context. Significant general elections took place in Scotland in 2016 and across the UK in 2017. A significant election also took place in the USA in 2016, making news across the world.

Throughout this time, the First Minister's Council of Economic Advisers has remained a steady source of independent advice; offering critique and expert guidance based on robust evidence. We have met formally with the First Minister and two Cabinet Secretaries on three occasions, and between those had regular contact with the Chief Economist, including five conference calls. In addition, a number of us attended the Scottish Government's Inclusive Growth Conference in 2017. This was a prime example of Scotland contributing to the international focus on developing inclusive economies.

For Scotland's economy, two key aspects stand out over the period. The Oil and Gas sector underwent a period of significant change following the substantial fall in the oil price in 2015, which led to a period of restructuring for the sector which impacted on the broader economic performance of the Scottish economy. The outlook for the sector now looks more positive following this process, and changes in the external environment. In addition, digital and new technologies are becoming more prevalent across business, with the emergence of a new growing sector in Scotland also, utilising Scotland's strong universities base.

The three areas that we currently focus on have also seen substantial landmarks since 2016. Notably, our work on innovation complements and links to the announcement of the development of a Scottish National Investment Bank in 2017. The new institution has the potential to substantially change the landscape of the Scottish finance sector and has benefited from the personal input and expertise of Professor Mazzucato. Entrepreneurialism and invention have long been a token of Scotland's international reputation, and this new institution looks to strengthen business growth and innovation in Scotland.

Similarly, our focus on inclusive growth comes at a time when the Scottish Government has built up significant momentum and credibility in that area, including through the North Ayrshire Inclusive Growth Diagnostic Pilot, a partnership between the Scottish Government and North Ayrshire Council. Inequality continues to be detrimental to health outcomes, economic participation, and overall wellbeing. The work of the Scottish Government to date goes some way to determining ways of investigating the root causes of not having inclusive growth; and what actions can support Scotland becoming a more inclusive country. Going forward, it will be important for the government to continue their efforts in this area, and Professor Sir Harry Burns has brought that dimension to our discussions.

Lastly, our consideration of fiscal matters, with new powers over income tax devolved to Scotland in the Scotland Act 2016 creating opportunity and urgency for robust analysis on the impacts of changing income tax policy. We provided advice to inform Government analysis in this area, relating to the impact of a change to the additional rate of income tax. The results were published alongside the Scottish Draft Budget 2018-19 in December 2017.

I am therefore pleased to present my fourth report as Chair of the Council, which presents an overview of our deliberations and broad recommendations.