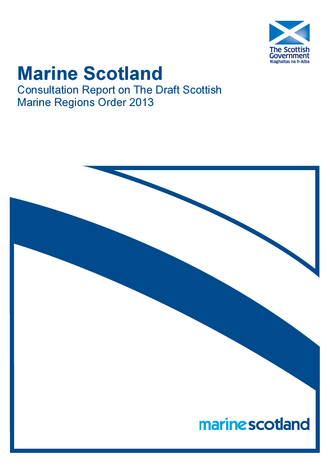 4 of the Scottish marine region names have been amended in the draft Order to reflect the comments received. Western Isles is now "Outer Hebrides"; South East is now "Forth and Tay", South West is now "Solway" and Moray now named "Moray Firth".

Several attempts were made to try to find a solution to the issues surrounding the use of 2 different co-ordinate systems, and the joining of co-ordinates between the 2 systems (World Geodetic System 1984 and Geodesic, and Ordnance Survey of Great Britain 1936 and Loxodromic). Given the complexity and the subsequent difficulty in interpretation, it was concluded that the most suitable solution was to no longer express the co-ordinates in 2 different systems. The co-ordinates in the Order are now shown in Ordnance Survey of Great Britain 1936 Datum.

The illustrative map to accompany the Order has been updated to reflect the boundary changes.