While the law of succession affects everyone, it can also divide opinion.

It is precisely because it affects everyone that there must be some consensus on what reforms will deliver outcomes that are appropriate for the majority of modern day Scots and in line with their expectations. This is no easy task.

We consulted in 2015 on recommendations made by the Scottish Law Commission in their Report on Succession published in 2009. It was clear from the responses that there was insufficient consensus on a significant number of the recommendations to progress them further.

On testate succession, whilst the current scheme of legal rights attracts criticism, the Scottish Government has concluded from the responses that it does have the benefit of striking a balance between testamentary freedom and limited protections for spouses/civil partners and children and so will not bring forward reforms to the law on testate succession.

This paper focuses on intestacy. The key area which remained unresolved in the 2015 consultation was how an estate should be split where there are both a surviving spouse/civil partner and children. This paper therefore seeks views on a fresh approach to reform of the law of intestacy with reference to regimes which operate elsewhere.

Given that the current rules on intestacy have been in place for over half a century, the approaches explored in this paper may seem novel. Nevertheless I would urge you to consider them and would be grateful for your views. The paper also seeks views on extending an alternative approach to cohabitants to test whether views on what cohabitants' rights on intestacy should be, have shifted.

I am pleased therefore to publish this consultation paper and I look forward to considering the responses which will inform our policy in this area. 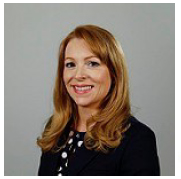