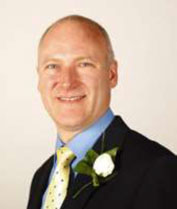 I am delighted to be able to launch the Scottish Government's consultation on Electoral Reform. The Scottish Parliament recently gained new powers over the conduct of Scottish Parliamentary elections and electoral registration, alongside its existing devolved responsibility for local government elections. These new powers create new opportunities and so this is the ideal time to find out what kind of electoral reforms the people of Scotland would like to see. We want to know what you think about all aspects of your elections.

The Scottish Government is committed to ensuring access to democratic participation for all citizens. Scotland has led the way internationally by lowering the voting age to 16. We now seek to extend the opportunity to vote to all who are legally resident in Scotland. It seems only fair that those who have the right to live here, whether from EU countries or elsewhere, have the right to vote. Read our proposals and let us know if you agree.

Much of the way we vote in elections has remained unchanged for over 100 years. Modernisation takes place across all aspects of society and now is a good time to think about the kinds of innovation people in Scotland would like to see in elections. We already have electronic counting for local government elections. Is it the time to think about going one step further and introducing electronic voting? Could a new approach make voting more inclusive and increase turnout? How do we best increase voter registration? We are seeking your views.

Next year will be the centenary of women's suffrage, yet currently only 35% of MSPs and 29% of councillors are women. It is fair to say that elected representatives do not reflect the true make-up of Scottish society. We introduced the Access to Elected Office Fund for disabled people for the local government elections held in May 2017. This was highly successful. Fifteen candidates from a wide range of parties and from across Scotland were elected. We are committed to running this Fund in the future, but there is much more that could be done. We want to hear about new ways to break down the barriers to standing for election which clearly exist.

I invite you to contribute your views to the consultation to help secure Scotland's democratic future for the benefit of all.