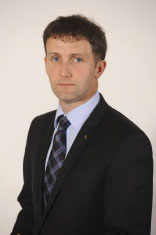 There are now more people than ever before who are caring intensively, for more hours each week. This means that they are facing considerable challenges. The radical demographic changes we are experiencing will impact on carers, including those who live in the most remote parts of our country.

Young carers too are caring day in and day out for their parents, grandparents and siblings. They are proud to be young carers. They are responsible. They give a lot to society. But their caring responsibilities should not impact adversely on their wellbeing. They need to enjoy their childhood and teenage years and have fun, as they do at the annual Young Carers Festival which we are pleased to fund.

We have put significant effort into supporting carers and young carers over the past few years. Carers and young carers are being supported. But the success of this cannot take away from the fact that many carers are experiencing considerable stress and anxiety and are not being supported. As we heard at the 2013 Carers Parliament, often the carer's wellbeing is affected by the situation of the person or people they care for including lack of seamless, responsive joined-up services. The provisions in both the Public Bodies (Joint Working) Scotland Bill and the Children and Young People (Scotland) Bill will help to address these concerns.

Our approach is to focus on how we can support carers and young carers efficiently and effectively, on a preventative basis, but also to be able to move flexibly to respond properly to crises situations.

This consultation sets out our proposals to improve outcomes for carers and young carers. It also seeks views on some options. I am pleased that we have this opportunity to consult with a wide range of stakeholders, especially carers and young carers themselves, about future developments. In taking forward these proposals I also look forward to the input and comment from other key interests, including local authorities, Health Boards and the Third Sector who are achieving a lot in difficult circumstances. We need the collective insights, knowledge and wisdom to ensure that our proposals for legislation are the best they can be.