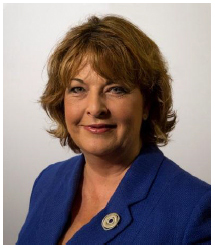 I welcome this opportunity to publicly celebrate the significant facts, figures and achievements of Scotland's five National Performing Companies across the financial year 2015/16.

2015/16 was an important year of anniversary celebrations. The Royal Scottish National Orchestra started 125 th anniversary celebrations in 2015, most significantly with the opening of their new purpose-built home, the RSNO Centre, at the heart of the Glasgow Royal Concert Hall complex. This new performance space includes a much lauded acoustically adjustable 600-seat auditorium that provides world-class rehearsal and recording facilities for the Orchestra, alongside a dedicated education space.

The National Theatre of Scotland also celebrated a landmark year with their 10 th birthday in 2016. Their new creation centre, Rockvilla, continues to progress well and will create both new headquarters for the Company and an important new resource for the sector including rehearsal rooms and technical facilities. I'm proud that the Scottish Government has invested over £8.5m for the Royal Scottish National Orchestra and £2m for the National Theatre of Scotland across these two capital projects, not just to support these National Performing Companies and meet the needs of audiences, but also to enable the wider sector to continue to flourish through new infrastructure resources.

I am pleased to see that this Annual Report confirms that all five National Performing Companies are in good health artistically as well as financially, and we continued our commitment to their success through revenue funding of £23m. The Scottish Government's International Touring Fund of £350,000 also enabled the Companies to tour worldwide receiving critical acclaim in the USA, Japan, Australia, New Zealand, Canada, Singapore and Hong Kong. The National Performing Companies together delivered 3,866 performances and education events attended by 596,939 people in this year alone, here and overseas.

The Companies continue to demonstrate that they are leaders of our cultural life. They operate on a scale which distinguishes them from other performing arts organisations in Scotland, and they are a major presence on Scotland's stages and in our communities. Through publishing this information, the Scottish Government wishes not only to celebrate the contribution made by the Companies to the cultural life of Scotland, and their excellent ambassadorial work promoting Scotland overseas, but also to ensure the transparency of our successful direct funding relationship.