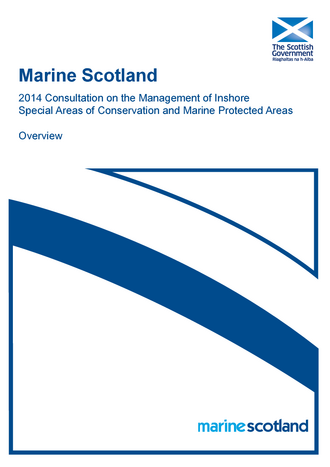 Loch Laxford is an excellent example of a large shallow inlet and bay on the North West coast of mainland Scotland. The region is characterised by rocky coasts and full salinity, low turbidity waters.

The site contains a wide variety of marine habitats and communities resulting from a range of environmental conditions. These include exposed reefs at the western loch mouth to sheltered reefs and a variety of sediment habitats in the inner bay. Steep and vertical bedrock reef slopes extend along the whole length of the Loch Laxford on the southern side of the deep main channel. On the northern side there is both bedrock and boulder slopes forming the reef habitat, this also occurs at exposed sites around the islands and skerries at the entrance to Loch Dùghaill.

The majority of the seabed consists of clean, coarse sediments in the outer reaches of the loch and muddy sediments in the middle and inner reaches. Maerl beds are located in the area between the head of Ardmore Point and Glas Leac and on the other side of the loch off the north side of Sgeir losal. At the head of the loch in Laxford Bay there are areas of the free-floating knotted wrack Ascophyllum nodosum ecad mackaii.

The coastal waters support a wide range of marine communities, essentially boreal in character, which reflect the range of available substrata, the variation in exposure to wave action and tidal currents, and the influence of the warm waters of the Gulf Stream. The loch has a complex fjardic shape with numerous small islands and side branches that include two subsidiary lochs, Lochs Dùghaill and a' Chadh-Fi on the north side.

Summary of the approach to management

The use of demersal trawls, mechanical dredge, or suction dredges (boat or diver operated) would be prohibited throughout the SAC.

See the Protected Area C section in the following documents;