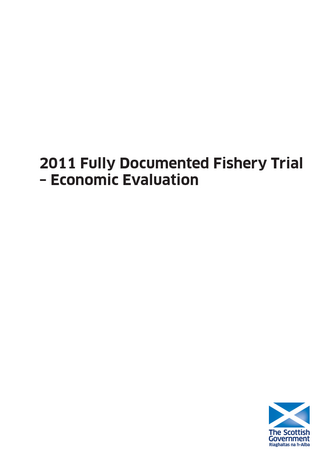 3 This pre-existing difference in operational scale between participating and non-participating vessels raises the possibility that there are substantive differences between the two groups above and beyond their participation in the trial and which may also affect the results. This suggests that a cautionary approach is taken in interpreting the results and in attributing impacts to the FDF trial alone.

6 Vessels are categorised into segments according to, for example, activity, location, gear type, vessel power

7 Participating skippers were asked how much cod quota they had leased in during 2011. 13 responded to the question giving a total figure of 1,457 tonnes. Assuming this was all North Sea cod quota, it represents around 13 per cent of the total. This is a substantial proportion, but without evidence on the baseline figure (ie how much they would have leased in the absence of the FDF trial) or whether they used the quota or resold it, it is difficult to interpret.