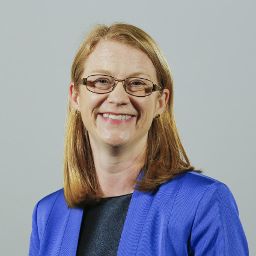 Shirley-Anne Somerville was appointed Cabinet Secretary for Education and Skills in May 2021.

She has worked as a parliamentary researcher, a Policy and Public Affairs Officer at the Chartered Institute of Housing, and as a Media and Campaigns Officer at the Royal College of Nursing.

Shirley-Anne was previously an MSP for the Lothians region from 2007 to 2011, and returned to the Scottish Parliament in 2016 as MSP for Dunfermline. Shirley-Anne Somerville was previously Minister for Further Education, Higher Education and Science, and was appointed Cabinet Secretary for Social Security and Older People in June 2018.