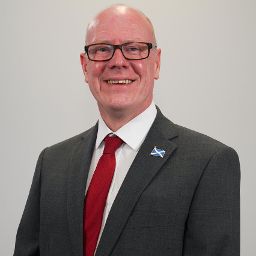 Kevin Stewart was appointed Minister for Mental Wellbeing and Social Care in May 2021.

Supports the Cabinet Secretary for Health and Social Care.

Before his election to the Scottish Parliament, he was previously the Depute Leader of Aberdeen City Council and served as a local councillor for more than eleven years. As a councillor, he chaired the Finance and Resources Committee and the North East of Scotland's Regional Transport Partnership, NESTRANS.

Kevin has served in the Scottish Parliament as the member for Aberdeen Central since 2011. He was the Convener of the Local Government and Regeneration Committee in the last Parliament and sat on the Welfare Reform and Justice Sub-Committee on Policing.

He was previously the Minister for Local Government, Housing and Planning.